Jason Croom Could Be A Breakout Player For Tennessee

College football is just around the corner and plenty of fans are getting excited. And just like the fans are getting excited about their teams and what they could do this year, there is plenty excitement about the players that will be starring in college football this year. Players like LSU's Leonard Fournette and Clemson's Deshaun Watson are garnering a lot of attention heading into this year. But just like every football season, there are players that come out and make a name for themselves and this year there will definitely be some. At the University of Tennessee, the level of expectation is very high. The Volunteers have talented players at every position thanks to head coach Butch Jones and his staff. And with that, they have gotten better and better under him each season. This season, many are talking about star players like running back Jalen Hurd, quarterback Joshua Dobbs and linebacker Jalen Reeves-Maybin coming into the season on Rocky Top. But it is always the unexpected players that can give a team a boost. And at Tennessee, Jason Croom could fit that role.

Croom has been around the Tennessee program for a while now. When he arrived back in 2012, there was some thought that the 6'5" receiver could be someone to watch at that position. But unfortunately for him, there have only been glimpses of what some thought he could become. Every great catch would be followed up by an inexcusable dropped pass. And that inconsistency has plagued him for his whole career in Knoxville. But who would know an injury and a position change could change the outlook for Croom at Tennessee? At the end of the 2014 season, Croom suffered a knee injury. That injury would put him out for Tennessee's bowl game and it would also knock him out for the 2015 season. Croom's absence allowed for more talent to play at the University of Tennessee at the wide receiver position. And with that happening, it looked as if Croom may be in for a huge fight for playing time this season. So, with that being looked at, Butch Jones approached Croom about a position switch to tight end. Croom accepted the switch and right then and there, he became a potential game-changer for the Vols.

Croom's move to tight end is something that can be hugely beneficial for he and the team. The Vols have a tight end there in Ethan Wolfe. But after him, there is really no one there that is proven at the position. Croom may be new to the position, but he instantly becomes a mismatch. Croom ran solid routes at the wide receiver position and he also used his size to bully defensive backs. With his move to tight end, Croom will now be matched up against linebackers mostly. His speed will be a huge mismatch for linebackers to keep up with and his route running will also be something that will cause them issues. And when linebackers aren't covering him man-to-man, then he will also be an issue to keep up with as he can split the seams on defenses a lot quicker than your average tight end.  His presence will help open up things for quarterback Joshua Dobbs along with the rest of the offense because he will eventually crave some attention by defenses. And the more good things he does at the tight end position, the more he helps Tennessee develop in the passing game.

By gaining over twenty pounds and moving to the tight end position (from 223 to 245), Croom has made his helped his team and his draft stock for the NFL. For Tennessee, he adds another weapon that many were not expecting. And as far as the NFL, Croom fits the mold of current tight ends in the NFL. As long as Croom can stay healthy and catch the football consistently, he could be someone that makes a splash this year. 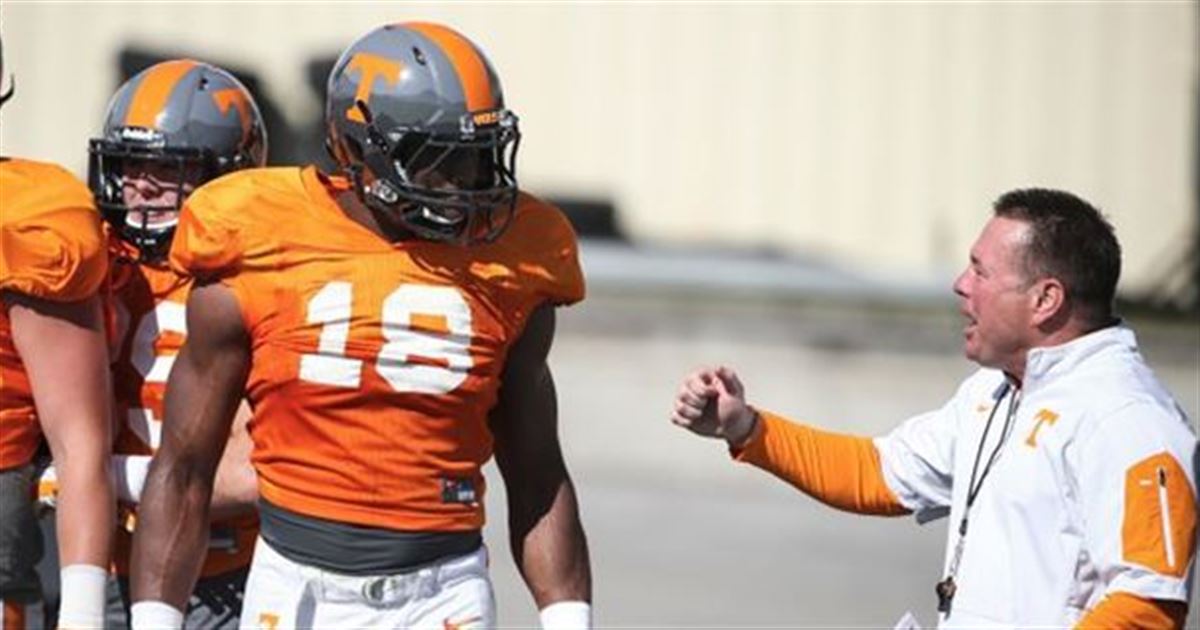