The Good And Bad Of Treon Harris

The Tennessee State Tigers seemed to be set at quarterback last season with sophomore O'Shay Ackerman-Carter. He was solid in the pocket and got TSU out to a great start for the season, scoring 40 points two games in a row.  The Tigers were rolling but all that came to a little bit of a screeching halt when Ackerman-Carter went down with a torn ACL and MCL versus Bethune-Cookman in their third game. From there, the Tigers went with senior Ronald Butler the rest of the way. The offense still put up points, but it was evident the team missed their leading man at the position in Ackerman-Carter. Although he missed the rest of the season, it was thought that Ackerman-Carter would come back this season and regain his starting quarterback position. Well, you can never predict the future and that includes the Tigers' quarterback position.

Treon Harris, who was the starting quarterback in parts of two seasons at the University of Florida, suddenly became available after he decided to leave the university. When that happened, the talented quarterback who had switched to wide receiver at Florida, became a college football free agent. He could have went anywhere but Harris decided he wanted to take the FCS route and taken his talents to Tennessee State University. He entered Tennessee State during the summer and after a battle all summer with Ackerman-Carter, Harris won the job to become the starter for the Tigers to start the season. Many did not know what to expect from Harris as the starter for the Tigers this season. In his first game for the Tigers, Tennessee State got a dose of what they could be seeing all season long as the Tigers beat a Football Bowl Series team in Georgia State 17-10

No one really knew what to expect from Harris except for what they saw from him at Florida. Well, the offense did not score as many points as they did to open the season last year, but Harris showed just what he could do. One big thing that has always been a part of Harris' game is his footwork. The 5'11 junior quarterback has quick feet and is shifty when he decides to run and that ability served him well against the Panthers on Thursday night. Harris was able to make some plays within the pocket, hitting receivers with passes to keep the chains moving. While he was good at times in doing that, what was special was what he did with his feet. When he was not able to find open receivers, he would elude the rush from Georgia State, often turning those potential sacks into positive plays. One play that showed his elusiveness and footwork off was the final touchdown for TSU. On a 3rd and 12 with Tennessee State leading 10-3 in the fourth quarter, the Tigers were knocking on the door of going up two touchdowns on the Panthers. Harris could not find anyone open down the field and he eluded the rush and struck out to his left, breaking the pocket. He was able to get to the left sideline and dive into the endzone, giving the Tigers a 17-3 lead they would not relinquish. That type of playmaking ability is something that can give opponents of the Tigers a hard time. Not only do you have to worry about the receivers out there running routes in the passing game, but you have to worry about Harris striking out from the pocket.

Harris is truly an exciting quarterback and he can truly give teams headaches. Even with how exciting he can be, there is also room for improvement. Harris had issues at Florida with his accuracy. His career accuracy there was 50.1%. By any stretch of the imagination, that type of passing accuracy will get you beat eventually. Before he left Florida, the Gators actually were going to switch him to the wide receiver position to get a better quarterback in there in their opinion. Instead of him staying at Florida to be a wide receiver, he left the university and picked up playing quarterback at Tennessee State. If his first game was any indication, he may have left Florida but his accuracy issues followed him here to Tennessee State. Harris was 12/25 for 145 yards and no touchdowns or interceptions. That type of inaccuracy eventually will catch up to Harris, so he has to hone in and focus on the task at hand. Of course there will be some bad passes and some receivers that drop some passes, but he has to be better in the pocket and on the run passing the football. One suggestion that could help would be for the Tigers to make some adjustments with Harris, like rolling him out on some passes and give him run/pass options some so he can be the playmaker he is for them.

Treon Harris's success in the opening game came in a big win for the Tigers on the road to start the season. From here on out, there will be more tape of Harris as he stars for the Tigers. The challenge for him is to continue to use his feet while being more accurate with the football. If he ever gets it going with his arm as much as he does damage with his legs, then Tennessee State could be an even more dangerous offense. We shall see what happens as the season goes on. 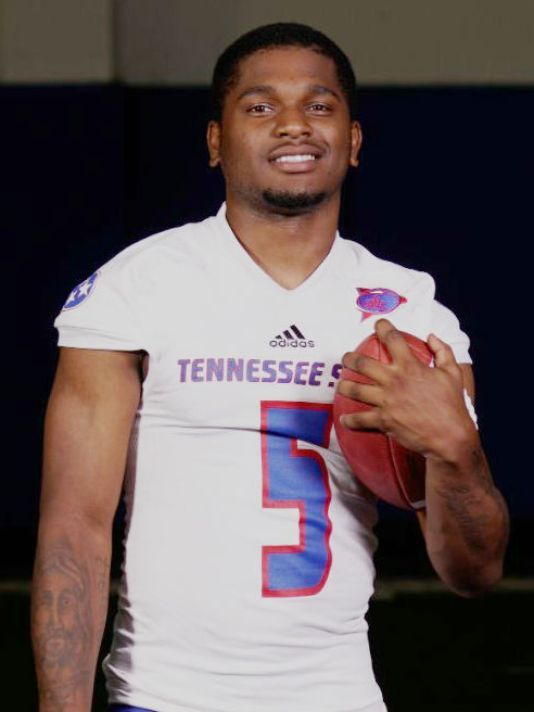