The college football season is starting to hit the home stretch as we go into November. Plenty teams have shown that they are ready for the spotlight, virtually rising up the polls out of nowhere. And there are other teams that have come in with high hopes that have disappeared fast. But then there is one team that stands alone at the top. That team is Alabama. The Crimson Tide have dominated every single opponent they have faced this season on their way to a sparkling 8-0 record. After Alabama, then there is everyone else essentially. National champion runner-up Clemson comes in at number two in the first poll. They have not been as dominating as they were last season, but the Tigers have remained unblemished and the only team to semi-contain Louisville quarterback (and potential Heisman winner) Lamar Jackson. nd coming in third is Michigan. The Wolverines have dominated each and every opponent just like Alabama has. The only difference is the strength of schedule of the teams they have faced has not been as tough as the teams Alabama has faced. These three teams are clearly the top three teams in college football in the eyes of many, but after that is when the vision gets a little cloudy. Plenty would have thought that Washington would have been the number four teams after these three teams. But the polls and those decision-makers had something else in mind. Those who decide these lists though that Washington was not ready for the Top Four just yet. And instead of putting them in there, they decided to put in a team not many were thinking of for the fourth spot.

Texas A &M has had a very good season. They have overcome the threshold of going undefeated early and falling apart late so far. The only loss they have on their record right now is to Alabama 33-14. And apparently those who make up the committee who put together these rankings felt they had done enough to put them in the fourth spot. And with that, the SEC has two members in the first official rankings for the college football playoffs. But of course, there is some rumblings going on in regards to their selection. There is a team out west that has been playing some excellent football. They have dominated almost every opponent they have faced this season so far. And after their close win over Utah Saturday, they are flying high with confidence that this could be their year. That team that should be the number four team in these ranking should not be Texas A&M but Washington.

The Washington Huskies are an explosive football team. Offensively, they are led by sophomore quarterback Jake Browning. The talented young quarterback from California started as a freshman last season and did ok (16 touchdown and ten interceptions). But this season, he has taken that step forward that Washington coach Chris Petersen thought he could. He has almost doubled his touchdown passes this season with 28 so far and he has only thrown three interceptions on the year. Couple that with him having another four touchdowns on the ground this year and he has thrust himself into the Heisman conversation. And Browning is not the only weapon they have. The Huskies have athletes that can break open the game at wide receiver and running back as well. The offense is really good, but the defense is just flatout nasty. The Huskies are led by their physical front four that resembles linemen that you usually see in the SEC. And all of them are quick and agile for their size. That group up front sets the tone and the rest of the defense follows, suffocating each and every opponent they see.

Texas A&M is currently ranked ahead of Washington, but there is no way that they are a more impressive team than the Huskies in my opinion. But the good thing about these rankings is that this is not the end of the season. Eventually, all things will shake out the way they are supposed to and everyone will land where they land. All Washington has to do to prove their point that they are better is to keep winning and handling business. If they are able to do so, then there will be no way to keep them out of the playoff scenario. And at that point, they can then show everyone how good they really are. Oh and to those that had them fifth, you might want to get out West sometime. 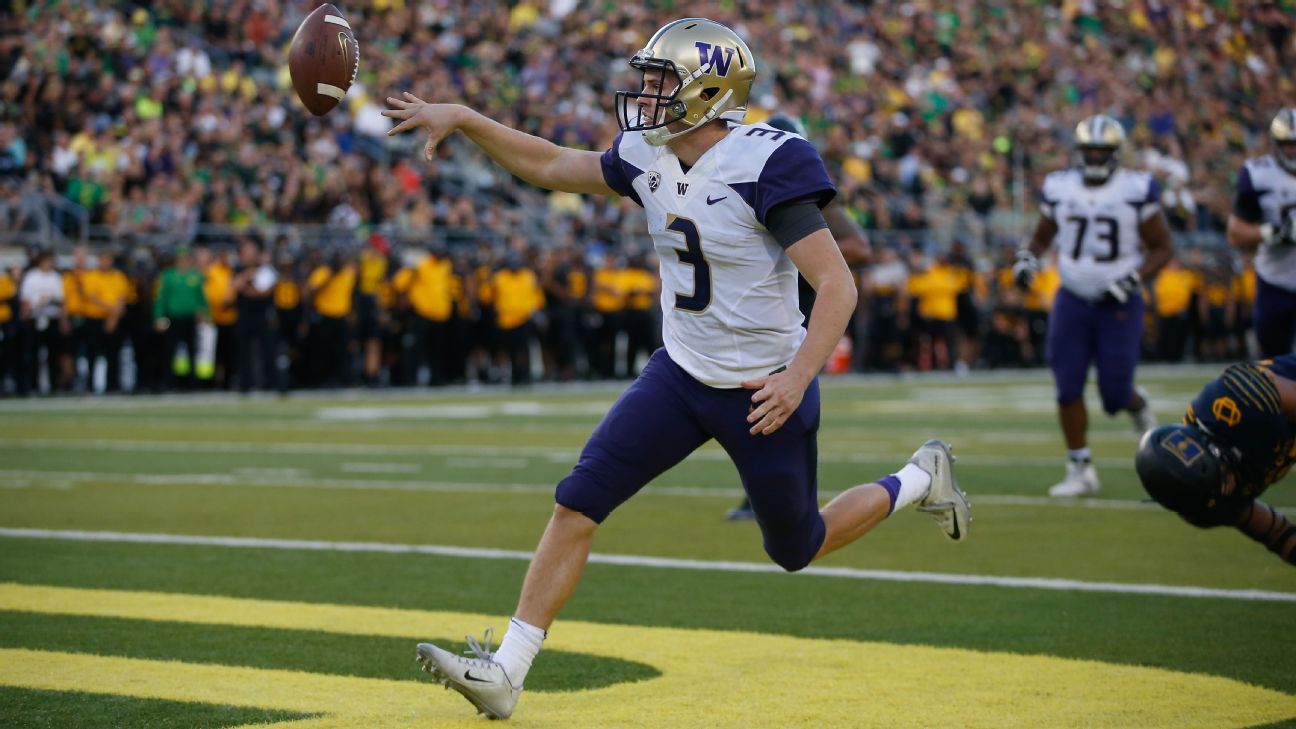