What A Difference A Year Makes For Christian McCaffrey

The college football regular season has ended and for many kids that means bowl games. And with that extra game, there are to be a lot of kids that get opportunities to showcase their skills while scouts get another chance to see what they play is or isn't going to become in the NFL. One of those kids looking to show he was the real deal to many that had not seen him was Christian McCaffrey. As a sophomore, he exploded on the scenes to the tune of 2019 yards rushing and eight touchdowns last season. And not only did he run the football, but he could catch it out of the backfield and return the football as a punt and kick returner. In the passing game last season, he accounted for 645 yards and five touchdowns and in the return game, he had two total touchdowns. He was viewed as the ultimate weapon and some felt that he should have won the Heisman award last season over Alabama running back Derrick Henry. But even though he did not win the award, there were some that thought he was a shoe-in to win the award this year. He and LSU running back Leonard Fournette were the leaders in the clubhouse to win that award to start this season. And not only that, but both were projected to be first-round picks heading into this season. But then the season happened for Christian.

What was expected and what happened this season for Christian McCaffrey this season were two totally different things. McCaffrey was expected to put up numbers similar to what he did last season along with help the transition to a new quarterback at Stanford. And all the while, the Cardinal were expected to challenge for the PAC 12 and potentially the national title. Well, neither one of those things happened as expected. The Cardinal started off strong, winning their first three games. But after back-to-back blowout losses to Washington  and Washington State, the Cardinal were officially off the map for winning the national title and the PAC 12 title. The Cardinal would go 9-3 this year and earn a birth in the Hyundai Sun Bowl versus the North Carolina Tar Heels. Their finish was not exactly what they had in mind this season. And as far as McCaffrey, his season was good but not as good as last season. He did not have any return touchdowns, he had half the receiving yards that he had his sophomore season and he also finished with a little over 400 less rushing yards than he did in his sophomore year. And although he had more rushing touchdowns than his previous season, it just seemed like he did not have the type of year everyone expected. Couple that with the injuries he had and some of the luster was off McCaffrey compared to this time last year. The junior running back has decided to enter the NFL draft after this past season and instead of many thinking that he is a first-round pick, he is not so much a lock there anymore.

When McCaffrey gets selected, it will more than likely happen in the second or third round this season. And while that may not be a good thing for his paycheck, it may be a good thing for the team that drafts him. McCaffrey is a jack of all trades that does not have to come off the field on any of the downs. He has the skills of a running back, patient when surveying the whole and explosive through it. And he also has a little elusiveness along with a little power. But what makes him special is his ability in the passing game and the return game. McCaffrey has excellent receiving skills and can run routes not only from out of the backfield but lined up in the slot as a receiver as well. And in the return game, he can be very explosive, using his skills as a running back to explode through creases and get in the open field. The more he touches the ball, the more he seems to be able to make defenses pay. And while he probably won't be the feature back when he gets in the NFL, he still will be able to have some affect on the game with his ability to be a threat on offense and special teams. Where he more than likely will make his most immediate impact is in the passing game as a rookie. And with that, the biggest thing that he will need to pickup in the pros is the pass-blocking schemes. One thing that McCaffrey has going for him the most in this process is his dad. Ed McCaffrey is a former NFL wide receiver for the Denver Broncos. And his extensive knowledge of the game will help him prepare his son for what comes next in his football journey. With that type of knowledge from his father, the adjustment to the NFL life will be something he should adjust to easily.

Everyone was talking about McCaffrey and how great he was at the end of last season. But this year, it seems like many have forgotten his name. Without the team success, he was not as talked about. He will still be a solid player when it comes to the NFL, but it is amazing how things change in a year's time. McCaffrey was once thought to be a lock for the first round and now that isn't a given anymore. But even with that, he will still help some team that drafts him. 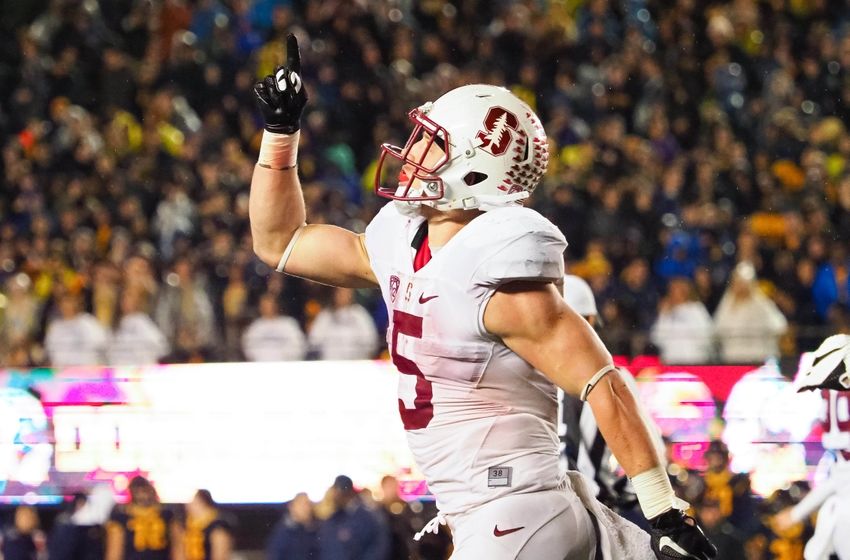