How Villanova Won The National Championship Over North Carolina

The Villanova Wildcats walked into Monday’s NCAA Championship game as underdogs to a favored North Carolina team. They were undersized and their team was looked at as less talented than North Carolina’s assembly of talent. But someone forgot to tell the Villanova Wildcats that they were supposed to lose the championship game. After Marcus Paige hit a double-clutch three-pointer to tie the game with a little under five seconds left, it was thought the game would go into overtime. But the Wildcats had other plans. Villanova guard Ryan Arcidiacono pushed the ball up the floor before throwing a pass to forward Kris Jenkins, who was spotting up to his right trailing the play. And once Jenkins released the shot, it looked too good to not be good. As the shot when through the net, an eruption of euphoria went through the Villanova team, as they climbed all over Jenkins’ broad shoulder, jubilant in victory. The Wildcats knocked off the mighty Tar Heels in Houston and won a title no one thought would happen. The shot by Jenkins was the lasting image that America saw, but there was more that went into this win.

The crazy thing about the North Carolina/ Villanova game was that North Carolina dominated the game stats-wise. Their biggest advantage was rebounding. They dominated on the offensive boards, amassing fourteen of them compared to Villanova’s two. But when North Carolina got offensive rebounds, they just could not finish. Countless times inside, North Carolina big men Kennedy Meeks, Isaiah Hicks and Brice Johnson would go get offensive rebounds. And time after time, they would not convert those shots and hurt the Wildcats. The most obvious big man that was having issues was Kennedy Meeks. He just could not finish inside for whatever reason, overshooting the basket and also fumbling the ball away at times to Villanova defenders. If he even hits half of his shots down low, then North Carolina is walking away with the championship. But instead, Meeks was 1-8 and was seen very visibly frustrated all night long. Meeks was not the only one that felt that way, but he was the most obvious one. Credit has to go to Josh Hart, Jenkins and Ochefu for them fighting hard inside. They may have given up offensive rebounds, but they did not give up on the plays after, fighting and clawing inside against North Carolina.

But not only did the boards coast the Tar Heels, but so did they recognitions of mismatches. North Carolina shot the ball as well as they have all season from three-point range. But the downside of all that is they went away from their strength inside. Villanova was switching on all screens and that provided some matchups where Brice Johnson was matched up on Ryan Arcidiacono a few times. But instead of taking advantage of that mismatch, North Carolina decided they were going to shoot themselves to victory. The Tar Heels shot the basketball unexpectedly well, hitting 11 of 17 from deep. But while they were busy heaving it up, they failed to involve their big men, which was their one true advantage all game long. And because of that, it made the game more even for Villanova. And with North Carolina playing like Villanova, they made it hard for themselves to win. And ultimately, going away from their strength helped cost them the game.

Last but not least, there is always a player that comes into the game and unexpectedly plays great. With North Carolina boasting guys like Theo Pinson and Isaiah Hicks coming in off their bench, it was thought that they may have that guy. But no one told guard Phil Booth that he was not supposed to be one of the stars of the game. The 6’3’ sophomore from Baltimore, Maryland only averaged 7.2 points per game all season long. He had a few games where he reached double-figures, but none of those games were like the one he had Monday night. Booth was attacking the rim, hitting midrange jump shots and floaters. And he also was 2/2 from three-point range. He gave the Wildcats that pick-me-up that they needed coming off their bench. And he also was the guy that made some of the big shots to stem the tide in the game. Without him, there is no way the Wildcats are even in position to win that game.

The National title game was a very good game to watch. There were great plays being made left and right. But in the end, it was what North Carolina did not do and what Villanova did that determined the outcome of the game. Congratulations to Villanova on a wonderful season and congratulations to head coach Jay Wright for finally doing what many expected him to do at one time or another. 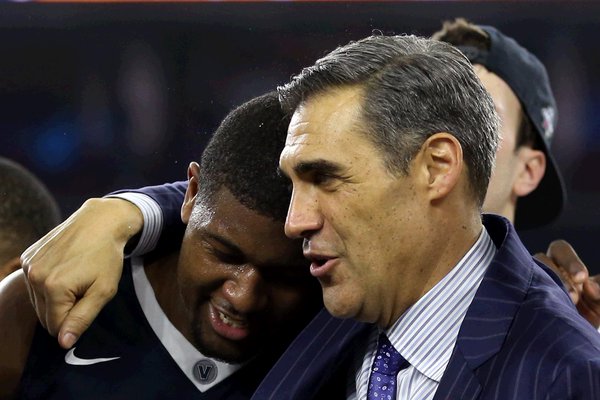