More Than Just An OVC Title

Coming into the Ohio Valley Conference(OVC) tournament, the overwhelming favorite was the Belmont Bruins. All season long, they have dominated the competition on their way to a 15-1 record in the conference. But as we all know, March can bring a certain sense of madness to the basketball court. Jacksonville State represented the craziness that can happen in college basketball. They were dominated by Belmont in the regular season, losing by a combined 30 points in two games. But in the postseason, the Gamecocks were ready to play. Jacksonville State used some sharp shooting and grit to upset Belmont in the OVC semifinals 65-59. The loss would end Belmont's chances at a NCAA bid. On the other side of the bracket, the UT-Martin Skyhawks remembered where they were last year and wanted to get back there this season. They came back better and stronger this season and made it all the way to the number two seed in the conference this season. The Skyhawks, like last season, handled business in the semifinals like they did last year, beating Murray State in a hotly-contested game. This now leaves only two teams remaining: the Skyhawks and the Gamecocks. At 7 pm cst, UT-Martin and Jacksonville State will tip off a game that the winner has the right to go to the NCAA Tournament for the first time. Let's take a look at how much that could mean to both program.

The UT-Martin Skyhawks basketball program has not had a great history of success. The thought was will they make the OVC Tournament back a while ago instead of can they win and make the NCAA Tournament. While there have been some good basketball players come through Martin, Tennessee during the lifespan of the program, success has not ever followed the program as a whole. Those feelings began to change last season when the Skyhawks made a run to the OVC title game. The team was starting to click and good feelings began to surround the team. But all those good feelings began to slowly erode as the Skyhawks were not able to finish the task at hand, losing to a red-hot Austin Peay basketball team in the OVC Finals 83-70. Believe it or not, the Skyhawks never forgot about that. Instead of dwelling on last season and falling into mediocrity, UT-Martin men's basketball fought to make it back to where they were last season. Things did not always go smooth, as evidence of the last regular season game of the season. The Skyhawks were dominating the Murray State Racers and watched them come back and make it a close game. But in true veteran fashion, the Skyhawks handled the charge made by Murray State and were able to close them out and win the second seed in the OVC tournament. From there, the Skyhawks had to beat Murray State again to make it to the scene of last year's big loss versus Austin Peay and they did so. A win here would not only send them to the NCAA Tournament, but it would change the vision that many have of UT-Martin in basketball.

As bad as things have looked for UT-Martin over the years, there has not exactly been a storied history for the Jacksonville State Gamecocks. Over their history, they have grown as a school and gone up to divisions, finally settling at the Football Championship Level in football and the Ohio Valley Conference in basketball and other sports. Jacksonville State's success on the football field has translated to every level they have played on. In fact, you may recognize the Gamecocks as the team Carson Wentz faced off against for the FCS title game (the Gamecocks lost the game). But on the basketball court, the program has lived in relative obscurity. The team had not ever been to the OVC championship game and last year and has had about as much success in the OVC basketball-wise as the Skyhawks. But behind the strength of balanced scoring and good defense, the Gamecocks seemed to find themselves at the right time. They defeated Southeast Missouri handily 74-51 to start their tournament run and then defeated the top-seeded Belmont Bruins to advance to the title game today. Jacksonville State was picked to finish 12th in the conference this season and not much was even expected of them this season. But someone forgot to tell the Gamecocks that they were not supposed to be here this year. A championship game win would let the conference know to take them a little more seriously in basketball.

Will it be UT-Martin or will it be Jacksonville State? We should know the answer to that question around 9:30 pm cst tonight. Both team are trying to make some school history. The vets of UT-Martin will not be shocked by anything the Gamecocks do. The Gamecocks will not stop fighting as they continue to try and prove people wrong. The battle of wills will be on tonight at the Municipal Auditorium. 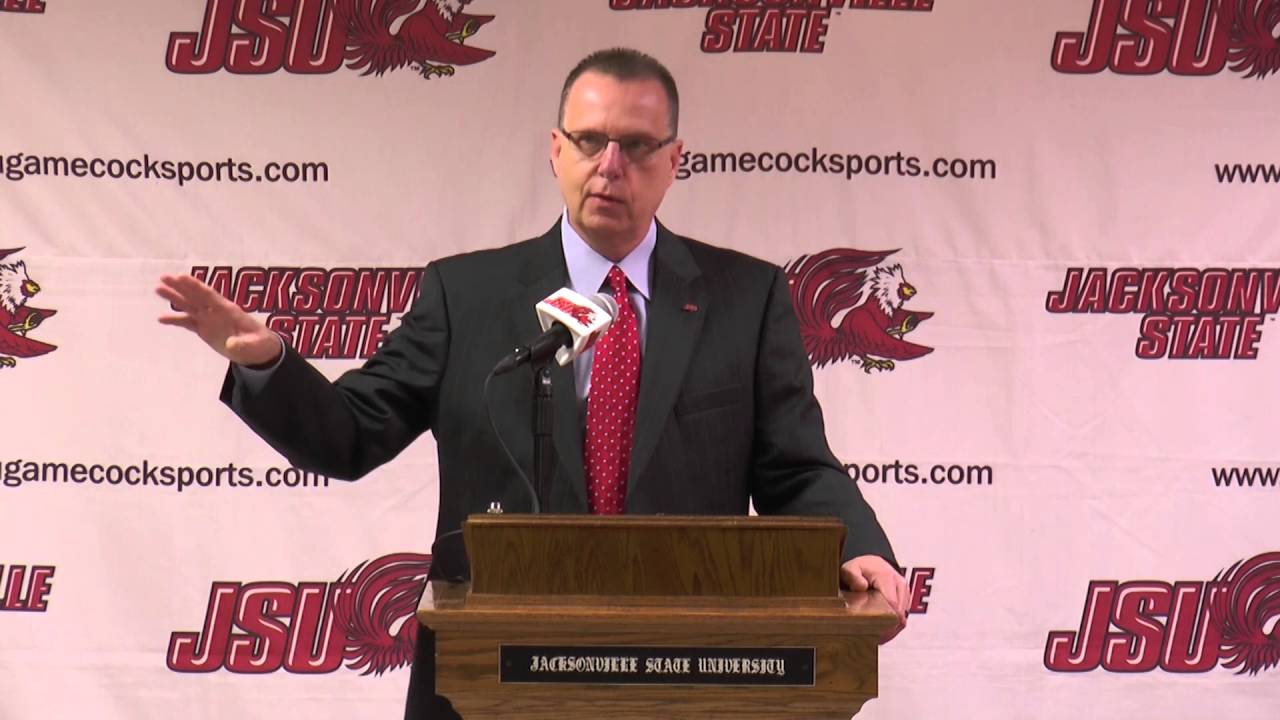