The TSU Tigers Have Hit Their Stride

The Tennessee State Tigers were not the team they were at the beginning of the season. Everyone was still trying to figure out their roles on the team while they were taking losses. It took them a little while, but now the Tigers have figured it out. They kept up their hot streak this week by beating the top team in the conference, Belmont, and after that, they went down to Jacksonville State and beat them on their home court. The two wins capped off a six-game winning streak and it makes seven of the last eight that Tennessee State has won. The Tigers are one of the toughest outs in the OVC and they are playing to the potential that the coaching staff expected from them. The team, which is headed towards the end of the season, have won six in a row and seven of their last eight. So how did they get this done?

The first thing that has been huge in this surge by the Tigers has been their style of play. During the start of the season, the team seemed to be more perimeter-oriented. They would hoist three-pointers while ignoring the need to attack the paint. As the season went on, however, that mode of operation has changed. The Tigers finally discovered they had a potentially dominant force that was playing center for them and his name was Christian Mekowulu. The Tigers began to feed the ball in the post to him and he began to make defenses pay. That was a great things to see, but what was even greater was watching them feed Mekowulu on a re-post if he did not have the look he wanted the first time. The result of the Tigers playing inside-out has led to more open shots and easier offense as well. The Tigers are now a tougher team to defend because of all the attention that Mekowulu gets and that was evident in their big win over conference-leader Belmont University.

The Tigers offense has been good but what has been even better is the effort defensively. The Tigers are contesting shots, having less mental breakdowns and are rebounding the basketball at a great clip. The key, again, is Mekowulu. The redshirt junior is a steady deterrent to those that try to attack the basket. He has been a wall in there when people try to attack the rim. He has been the anchor but the perimeter defense has been even better. Armani Chaney and Darreon Riddick have been vital when it comes to putting pressure on perimeter defenders. The combination of these three players along with the length and effort of the entire team make it a hard task for teams to score on them. The effort on that end of the court has gotten better as the season has gone on and they are now in every game because of their defense.

The Tennessee State Tigers were not a team that many thought of when the OVC started conference play. It may have taken a while, but they have now started to figure out their roles on the team and they are now a team that has to be reckoned with come tournament time in the OVC. 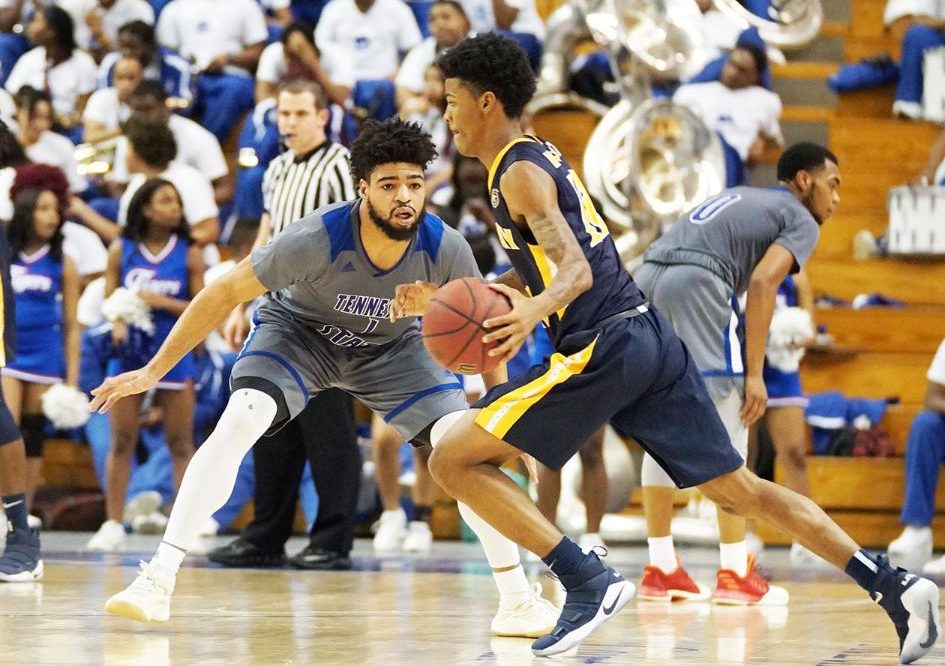