TSU loses a tough one to North Carolina A&T

The Tennessee Tigers returned home after a three-game road trip to take on the North Carolina A&T Aggies. And in a highly competitive games of runs and made shots, the Tigers fell late to the Aggies 78-76.

The Aggies started the game on a 13-2 run led by the hot shooting of Qua Copeland. The Aggies were hitting some tough shots and were hitting them with ease. Instead of any panic setting in, the Tigers went to work chipping away at the Aggies' lead.

The Tigers would make runs and the Aggies would answer, but behind the play of Donte Fitzpatrick-Dorsey (13 points) and reserve Tripp Davis (9 points), the Tigers were able to scratch and claw their way back into the game, typing it at halftime at 39 apiece.

After halftime, both teams would continue trading runs, with TSU making the first one. Behind the strength of Stokely Chaffee Jr. in the paint, the Tigers would extend their lead to as much as seven points early in the second half.

The Aggies would, however, get hot again. And this time it was Milik Gantz keeping the Aggies involved. The Aggies would get within one, at 56-55, with 10:07 left in the game. From there, both teams would fight back and forth for the right to win the game.

Late in the game, North Carolina A&T's Terry Harris would hit a three to put the Aggies up 71-69 with 2;59 left in the game.

Fitzpatrick-Dorsey would tie the game out of the timeout with two free throws. Then the Aggies would take a two-point lead on a Ibrahim Sylla layup. Armani Chaney would then come down and nail a three-pointer with 1:15 left in the game to give the Tigers a one-point lead over the Aggies.

The Tigers then gave up the lead on a back cut and layup by the Aggies. From there, TSU played for the last shot.

On that last possession, Armani Chaney came down and missed a three-pointer late in the game.

The Aggies would come down and hit a free-throw to put them up two points, and a last-second heave by Chaffee Jr. would come up short, as the Tigers would lose 78-76 to the Aggies at home

The Tigers were led by Fitzpatrick-Dorsey with 23 points in the game.

Check out the press conference by Brian "Penny" Collins with his thoughts on the game:

The Tigers play next at Akron on Tuesday. 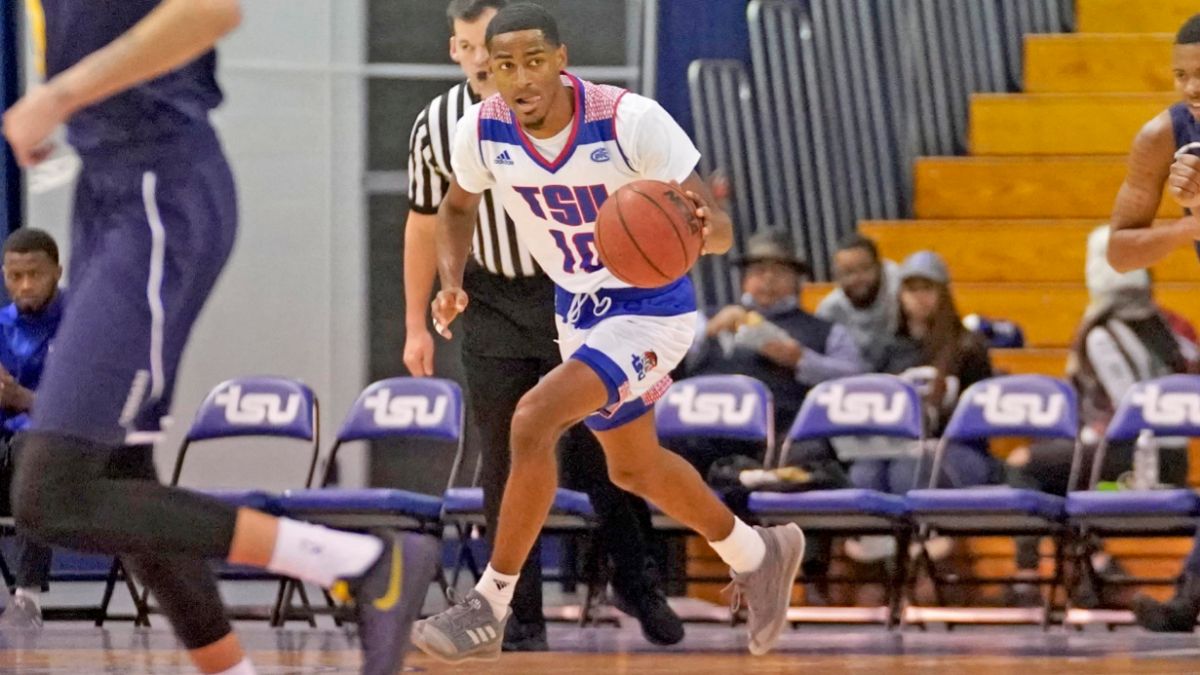