The Tennessee State women's team hasn't exactly had the type of season they would have wanted. Even with that, they have come out and fought hard every single game. So with Murray State Racers coming in on Saturday, the Tigers were energized and ready for the challenge. Both played hard and left it all on the court, but unfortunately the Racers were able to outlast the Tigers 85-73 in front of the Tigers home crowd at the Gentry Center.

In the second quarter, that was when the Racers began to distance themselves. James not only ended the half with 15 points, but she dished out four assists and grabbed six rebounds by halftime. And she was not the only one that got it going in the first half, as the Racers ended the first half with three players in double figures to get out to a 46-36 lead. The Racers aggressiveness attacking the rim provided them 14 free throws in the first half along with some wide-open three-pointers (Racers shot 3/5 from three-point range in the first half). As for the Tigers, Wooten scored three more points in the second quarter to pace the Lady Tigers with 13 points and four rebounds.

After the half, it was all Murray State as the Racers sprinted out to a bigger, outscoring the Lady Tigers 25-21 to take a 71-57 lead into the fourth quarter. And in the fourth, the Lady Tigers fought hard but just could not get the lead down quick enough to position themselves to try and win the game.

The Lady Tigers(3-14,1-7 in the OVC) were led by Tia Wooten with 28 points and 1o rebounds, Kaliya Griffin with 17 points and Taylor Roberts with 14 points and five rebounds.  The Racers (6-12, 3-5 in the OVC) had four people in double-figures led by James with 22 points, 12 rebounds and five assists.

The Tigers face the SIU-Edwardsville on January 25th at 11 am. The Racers next face Morehead State on January25th at 3 pm.

Check out the postgame presser from TSU Lady Tigers head coach Jessica Kern and her thoughts on the game (video courtesy of TSU Athletic Department): 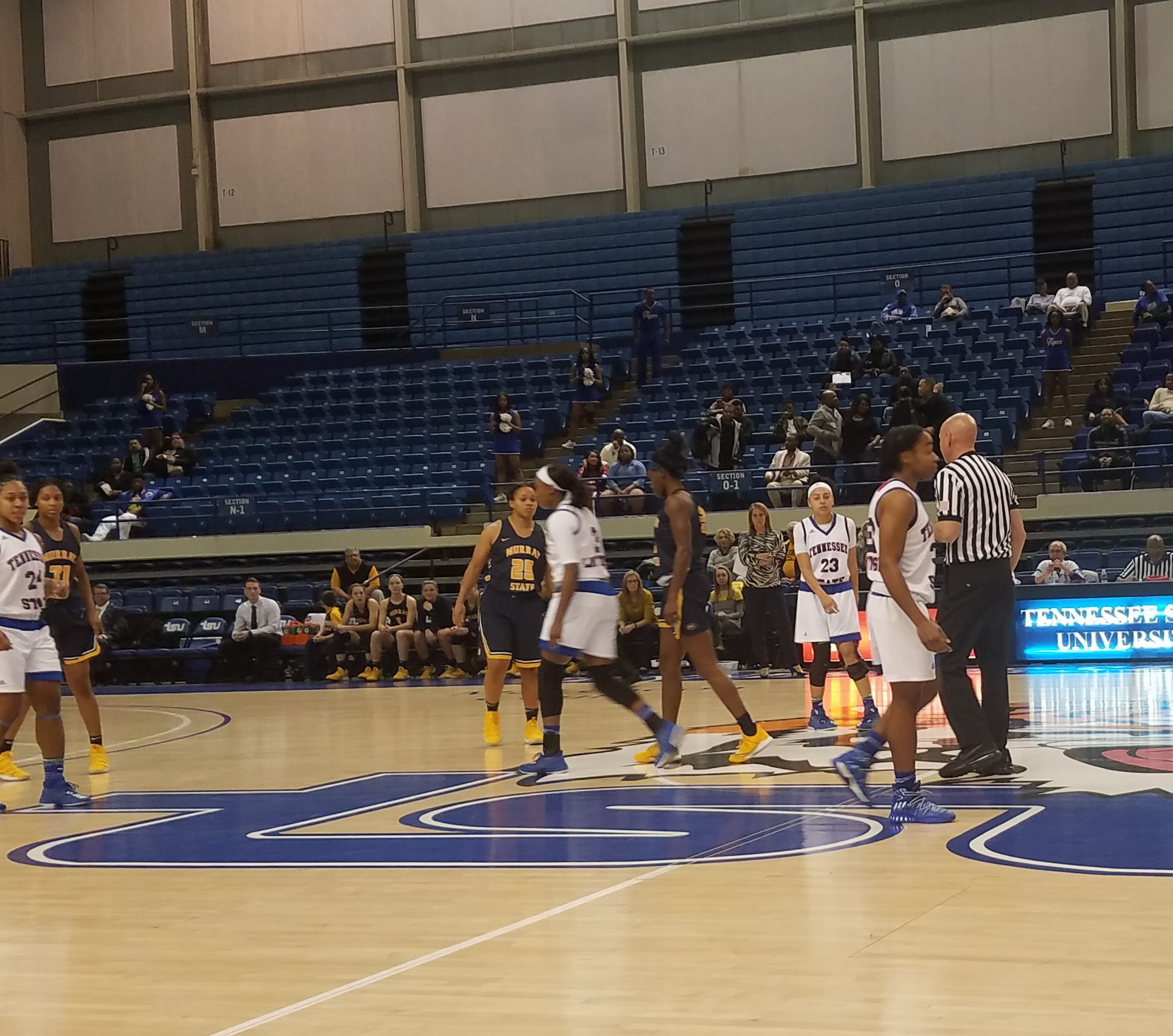