The Tigers came out with energy, defending the basketball well and trying to make the Racers and Stark work offensively. The result early was a 7-6 lead around the 15:39 mark in the first half. From there, the Racers began to play a little better. Stark began to make his presence known, hitting a couple three's and a layup to get up to eight points in the game. Even with him getting his points, the Tigers were still within striking distance at 21-15 with 7:38 left in the first half.

With the deficit at 6, Tennessee State made a 8-2 run to tie the ballgame at 23 with 3:56 left in the half. From there, Murray State would make a 15-3 run to close the half, highlighted by a deep three from Stark to close the half. Stark would go to halftime with 16 points while Tennessee State was led in scoring at that point by Ken'Darrius Hamilton with seven points.

Out of halftime, Tennessee State came out and tried to make a run at the Racers, but the Racers would fend off the Tigers, keeping the lead at 44-33 with a little under sixteen minutes left in the game. From there, the Racers would keep control of the game and eventually close it out. The Tigers fought hard, but untimely shooting and turnovers would ultimately doom them in this one.

The Tigers(8-11, 3-5 in the OVC) were led in scoring by senior guard Delano Spencer with 13 points and redshirt junior forward Christian Mekowulu with 10 points. The Racers (14-5, 6-2 in the OVC) were led by Stark with 25 points and senior Terrell Miller Jr. and freshman Temetrius "Ja" Morant with 12 points apiece. The Tigers face Southern Illinois University-Edwardsville on Thursday at 7 pm while the Racers face Morehead State next at home on Thursday. 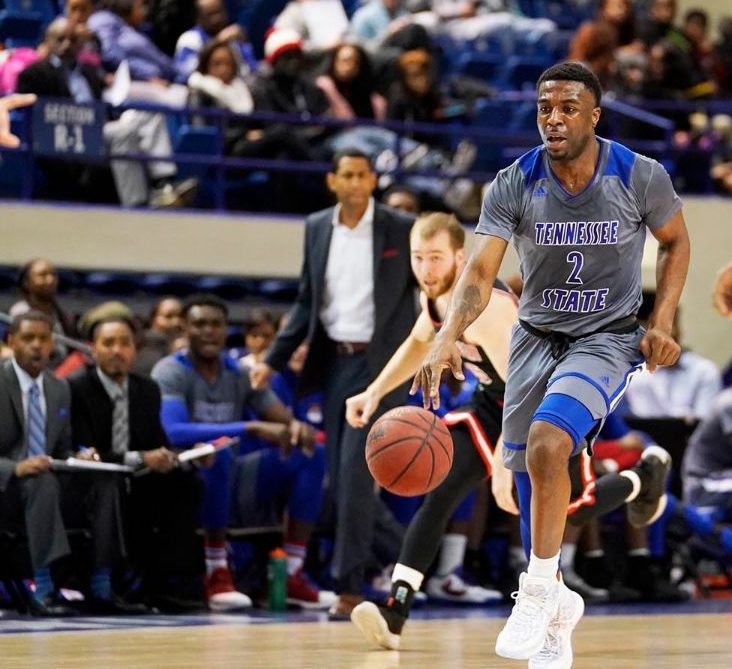