Edwin Starr is a guy that many don't know about. He was born in Nashville, Tennessee and raised in Ohio while becoming a singer. He had a record label, named Ric-Tic, and that is where he came up with his biggest hit to day. Starr was not for the Vietnam War and to voice his displeasure with the war, he recorded a song aptly named "War". In the song he had this line, "War, what is it good for? Absolutely nothing." Starr may not have believed in war, but there are plenty athletes that go to battle between the lines or on fields across the nation. Some are successful and reach that ultimate prize of the championship while others lose and try again the next season. In the NBA, the Warriors and the Cavaliers have gone back and forth the last two years, both winning one championship apiece. But John Calipari, head coach of the University of Kentucky Wildcats, feels that he could assemble a team that could beat either one of them for the title this season. His team he would assemble: all former University of Kentucky players. The thought of that to many is crazy in every shape, form or fashion. But could it potentially happen?

There is no doubt that Kentucky has had very talented players. The wealth of point guards and big men that have come out of Kentucky have been incredible the last seven or so seasons at Kentucky. With all the talent that he has had there, plenty of combinations of players could be added up in the starting lineup. But the starting lineup Calipari came up with was quite interesting and a good mixture of his players. He would have John Wall (Washington Wizards) and Devin Booker (Phoenix Suns) at his guards, Anthony Davis (New Orleans Pelicans) as his small forward, Karl-Anthony Towns (Minnesota Timberwolves) as the power forward and DeMarcus Cousins (Sacramento Kings) as the center. Looking at this lineup, you have one of the best shooters, two of the best big men in the NBA and arguably the top point guard in the NBA's Eastern Conference starting for your team. All three bigs can step out and shoot the three and handle the basketball as well. That type of lineup would give some problems to teams like the Cavs and the Warriors because of their length. And coming in off the bench, guys like Eric Bledsoe (Phoenix Suns), Trey Lyles (Utah Jazz)  and Brandon Knight (Phoenix Suns) can bring some offense while Nerlens Noel (Philadelphia 76ers) and Michael Kidd-Gilchrist (Charlotte Hornets) bring tenacious defense. All these names and we have not even mentioned Terrence Jones (New Orleans Pelicans), Julius Randle (Los Angeles Lakers), or Jamal Murray (Denver Nuggets) just to name a few other former Wildcats. The depth and talent they have would put some pressure on the teams that they are facing in the Cavaliers and the Warriors. And if the tempo was pushed selectively, the former Wildcats could make the Cavs or Warriors sweat.

But along with all the positives about this fictional matchup between the Kentucky all-stars and either the Warriors or Cavaliers, there are some things that would cost the Wildcats. Talent is everywhere on the Wildcat team. That is evident. With the athletes they have on their side, the team could push the tempo and cause some issues. But when they are forced to go to halfcourt, that is where the issues come about. The best shooter on this mythical team is Booker and that is not even a question. Outside of him, there is not a real consistent shooter from three-point range that teams will not leave. That type of limited consistency in shooting will cause the lanes to be clogged with sagging defenses from the Warriors or Cavaliers. With that happening, that means there is less space for Wall to get into the lane. In addition, that also means less space for Boogie Cousins and others to make some things happen because the Warriors and Cavaliers will be daring you to shoot. So needless to say, the lack of floor spacing will be a huge issue and could cause some offensive problems. Defensively, the Wildcats would have serious problems stopping Kevin Durant or LeBron James. Those two superstars would rip into anyone the Wildcats put on them, causing some stress on the rest of their defenses. With the shooters the Warriors and Cavaliers have, that could mean they get blasted from the three-point line.

Kentucky has come up with some great players over the years and a collection of that talent would be incredible to watch. Whether Calipari believes it or not, his team would have some problems beating the Cavs or Warriors. Although the Wildcats are talented, there are some issues with them that could prevent them from the mythical NBA title Calipari thinks they can win. The war between one of these two teams will never happen, but it was good for something today: entertainment. 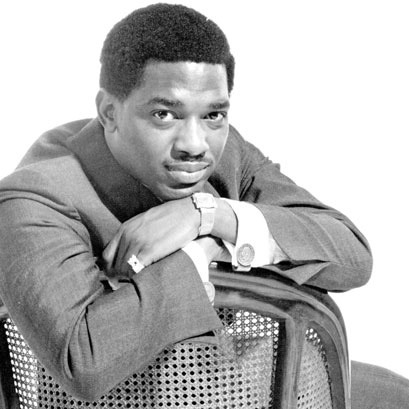