The college basketball season recently kicked off. There are some teams like Duke and Kentucky that are looking to win the National title as is their mission every year. And there are also some teams that are looking to surprise some people like Tennessee or Marquette. Every single season, we look forward to seeing some of the top freshmen in the country come in and dominate the college basketball landscape. Last season, everyone was checking out Ben Simmons everytime he played, as he was assumed to be the number one overall pick in the 2016 NBA Draft, which he was. And this season, there are many that fans are looking forward to seeing like Jayson Tatum of Duke and Josh Jackson of Kansas. But along with watching the players and how they adjust to their first year in college, there will also be adjustments made to the rules of the game. Each and every year, college basketball works towards trying to make the game more free-flowing. Of course, some of these rules actually make the game better. But there is always one that drives coaches and players crazy. Well this year, there may be two that drives coaches crazy in college basketball in regards to post play.

In trying to make the game more free-flowing, the physical post play is not the way it used to be. Instead of that, there has been more of a focus on other things in regards to that. And this year, there have been more changes to the physical play in the game. But one rule sticks out in particular that can be hard to interpret. In the rule book this season on post play, it says this in particular: " If the offensive player posts up with his arms straight out to the side to ward off  an opponent and contract occurs with a defender who is attempting to get around the offensive post player to front him, it is a foul on the offensive player." In all honesty, I really don't like this rule at all. Although it is true that you get more position with your feet than you do anything when it comes to post play, you often do use your arms to hold defenders off in a sense. What this rule is essentially saying is that if you have a defender pinned and have great position but the defender decides to fight through your arms, you could be called for an offensive foul. Imagine the mess that could happen with a guy like Purdue's Caleb Swanigan. He is a physical player that can cause havoc in the post. And this rule would be one that would end up getting him some cheap fouls and have him sitting more than playing. And it ultimately seems to punish a post player for getting great position and pinning a defender like they are supposed to in order to finish.

But this isn't the only rule that will get post players all frustrated. There is yet another post play change that is coming as well: "If illegal contact occurs by the offensive player using a straight arm and the defender using a 'swim stroke' at approximately the same time, this is a double foul." This rule right here will be one that is hard to interpret because referees never catch the first person to create a foul. So essentially there will not be many double fouls called. But let's get down to the real mess in this: it will cause cautious post play. Now you will have players that are afraid to fight for position in the post with each other in fear of getting a foul. While it is nice to see basketball that is fast-paced and free-flowing, it is not good to see post play where people are afraid to touch each other. If that is the case, then the defender may as well move away and give him two points. When players are fighting for post play, there should be no whistles blown unless it is an obvious foul. Contrary to popular belief, basketball is a physical sport. And with this rule, it seems to discourage the physical play in the sport.

These two new adjustments may sound to some, but it may be something that further gets rid of post play. There is not such thing as non-physical post play and it seems like that is what the NCAA is trying to bring in. And if they keep heading in this aspect, then will there even be any post play in about ten years. After all, we got guys that are the size of power forwards and centers back in the 90's playing small and power forward. Hopefully this rule does not completely help kill post play, but it does not help it either. I think post players will still be around, but how much posting will they be doing with the physicality gone? 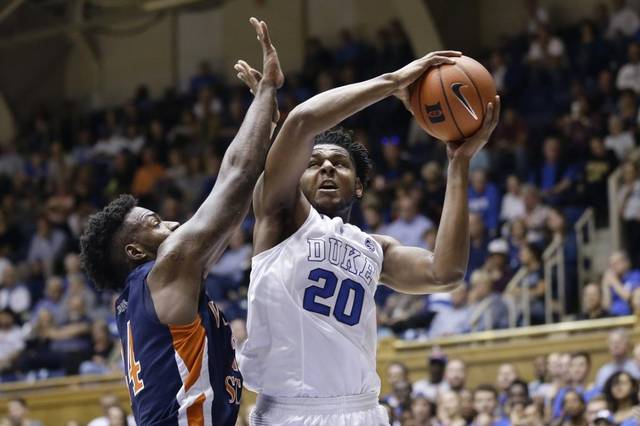