Michigan: Through The Fire

Chaka Khan is a legendary artist that everyone knows. She was first introduced to the mainstream in 1973, as she made her first appearance with the group Rufus, replacing their previous lead singer Paulette McWilliams. It was a collaboration between Stevie Wonder and Rufus that would give the group their breakout hit, "Tell Me Something Good", in 1974. From there, Khan would land a solo deal and bounce back and forth between recording music for the group and her solo projects until Rufus finally broke up in 1983. In 1984, her first solo project after the group breakup was I Feel For You. That album featured the Prince-written title track "I Feel For You". But there was another track on that album that received some attention. "Through The Fire" was released in April of 1985. The song would only reach as high as number 60 on the Billboard Hot 100, but it would do very well on the Billboard Adult Contemporary Charts, peaking as high as number 16. The song would be about romance and risking it all for a chance to win it all. Well, for the University of Michigan basketball team, they did not knowingly risk it all. But ever since their brush with danger, they have been on a roll.

Many looked for Michigan to have a solid season this year and they started off well, sporting a 10-3 record to start the season, including wins against the SMU and Marquette, when they headed into Big 10 play. But when they entered Big 10 play, the steam came out of the hot start by the Wolverines. They would finish the conference season 10-8 and 20-11 overall. No one, at that point, thought they would be a team to reckon with come Big 10 or NCAA Tournament time. But something happened that would change this team going forward. When getting ready to take off and head to the Big 10 Tournament in Washington, DC, the Wolverines had a big issue. There were high winds at the time of takeoff and that caused the plane delivering the team to abort the takeoff. But that was not the end of the troubles for the plane. The plane would eventually be safe, but only after heavy braking under the conditions. The airplane would slide off the runway but despite damages to the plane, there were only minor injuries to people on board the plane. The Wolverines would eventually get to DC, but not at the original time they planned to. They were riding a one=game winning streak going into the Big 10 Tournament, but they were not really playing their best basketball. But something must have happened during that dangerous attempt to fly that transformed the Wolverines. They have won six straight games, beating teams like Purdue and Wisconsin in the Big 10 Tournament and then beating Louisville in the Round of 32 on Sunday. It seems when things get close or tough for them, they become more focused on the task at hand, coming through over and over again.

No one may have been thinking about Michigan to start the season or even ending the season. But as it stands right now, they are one of the hottest teams in the NCAA Tournament and in this wide-open NCAA Tournament, you cannot count them out. The main reason you have to pay attention to them is their senior guards, Derrick Walton Jr. and Zach Irvin. Walton Jr. has had a solid career while at the University of Michigan. He has upped his points per game average every single season, topping out at 15. 5 points per game this season. But over the last six games, Walton Jr. has taken it up a notch. He has not only hit clutch shots and make clutch plays for the Wolverines, but he has also averaged 19.6 points per game and is shooting 41.6% from three-point range. But along with Walton Jr. stepping up his game, so has Irvin. The other senior in the backcourt has, like Walton Jr., upped his average every single year he has been at Ann Arbor and just like Walton Jr., he has stepped up over the last six games. His average has gone up slightly but what has happened with him also is his shooting percentage from three-point range has gone up.  Irvin shot 34% for the season from the three-point line during the season. Over the last six games, Irvin has shot 44% from the three-point stripe. With both of these two veteran guards getting it done for Michigan head coach John Beilein and the supporting cast around these vets playing well, the Wolverines are playing as good as they have all season long.

Up next for Michigan is Oregon and like always, the Wolverines will not be picked to win. In fact, they will probably be the team no one picks to come out of the Sweet Sixteen at all. But the odds stacked against the Wolverines is not anything that will bother them. After all, they faced danger in the face and survived. So what are odds stacked against them really? While they may not be the pick to make the Final Four, it would not be surprising to see them do so either. 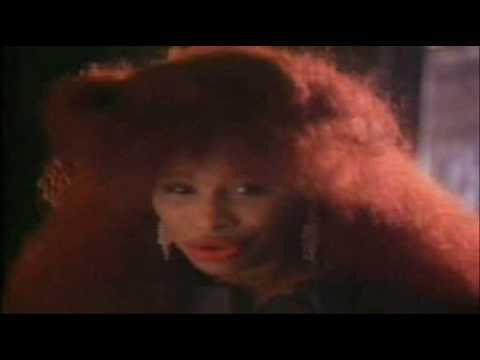