When John Calipari left the University of Memphis for the University of Kentucky, plenty wondered what was next for the University of Memphis. Josh Pastner was the guy the university tabbed as the next in line and many were excited to see what he could do. He was a very good recruiter under Calipari and many felt he could continue to make things happen at the university. Well, seven years later the success Calipari had has not been duplicated and the Memphis Tigers are not quite the same. The talent is still coming there, but the results on the court have not been the same. The level of success that Calipari had there has not been reached by Pastner, nor should it have been expected. But even with that, Pastner still was not getting it done on the court. After this past season, there were thoughts that he could be gone. But Memphis never said much about that, resigned to the fact that he would be back next season while fans of the school wanted him gone. Well, it seems like the fans got exactly what they wanted when it was announced that Pastner has decided to go coach in Atlanta next year. Pastner and Georgia Tech have agreed on a contract to make him the new head coach of the Yellow Jackets. And with that, many Memphis fans shouted with joy that he was gone.

Pastner saw diminishing returns the last three years at Memphis. And with those, the outcry got louder that he needed to go. With him leaving, he now gets a fresh start in a new conference. But if he thinks things will be easier at Georgia Tech, then he is sadly mistaken. Pastner can certainly recruit and being at Georgia Tech and in the state of Georgia should give him access to an even better pool of talent. But take a look at the talent he will now have to face every year. North Carolina, Duke and Virginia are just three names that Pastner will have to coach against let alone recruit against every year. That task in itself is way tougher than the conference he left, where teams like Connecticut and Cincinnati are the big dogs. Pastner barely beat any ranked teams while he was at Memphis and now he will be facing them almost every week. That does not bode well for him in his new endeavor at all. But of course, maybe he learned a thing or two from his last employer. Only time will tell if he did.

As far as the University of Memphis, the coaching search is now on for who will be Pastner’s replacement. The big name that everyone is speaking of at this point is Anfernee “Penny” Hardaway. The former University of Memphis star guard is now retired and was coaching high school basketball for Memphis (TN) East this season, where they won the state title with a record of 32-2. Many Memphis fans see him as the guy to make Memphis a basketball power. While the story that could be written here would be something out of a storybook, Hardaway is not the answer there at this point. Even though he has a ton of pro experience as a player, he is still learning the game as a coach and he has never recruited players before. The only way he would be successful is if he hired veteran coaches or assistants to assist him. And even with hiring veteran assistants, that still does not guarantee success for Penny there.

As far as current college coaches that have had their names mentioned in regards to this position, there are two that have Tennessee ties that have been thrown out there. One name is Bruce Pearl. The current Auburn head coach was once the head coach at the University of Tennessee, where he took them to heights they hadn’t seen since the Bernie and Ernie days. The thought that he would leave Auburn at this point is not one that many think will happen, but it isn’t out of the realm of possibility. After all, Memphis may be in a lesser conference but it is a more attractive basketball job than Auburn is or has ever been. The other candidate that’s name has been mentioned is Middle Tennessee State University’s Kermit Davis. The coach of the Blue Raiders has been solid and seems to be happy there in Murfreesboro, Tennessee. But the fact also remains that the school and Davis are discussing a contract extension after Kermit’s biggest win of his career, the stunning upset over Michigan State in the NCAA Tournament. Anything can make or break those discussions snd open the door for Memphis.

These two names or Penny could end up being the head coach. Or these three names could remain where they are while the university names another head coach. All in all, it will be interesting to see who steps in and tries to bring back the success of that program. As far as Pastner, the Georgia Tech job is one that will be a huge challenge for him. Stepping into the ACC is not a cakewalk. And for a guy that seemingly was faltering at Memphis over the last three years, this job seems like a monumental task for him. He could always recruit, but his coaching has always been the big question. 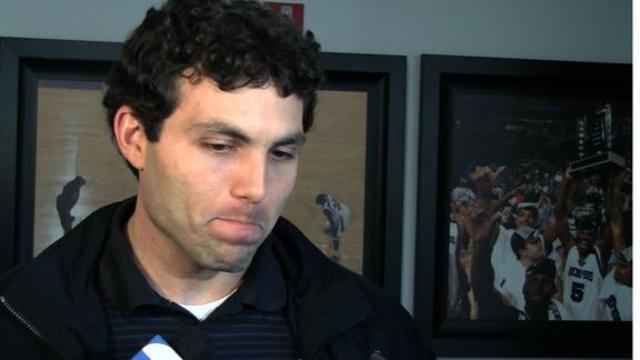