There Can Only Be One

Highlander was first released as a film back in 1986. The film, which starred Christopher Lambert, was about immortals and the constant battle to be the last one standing. The way one immortal vanquished another was through the decapitation of another immortal. The movie did not debut to very much fanfare when it came out. But over time, a following built up and it became a cult classic. From that movie spawned sequels and even a television show. The theme for the television shows and the movies was always consistent the entire time: "There can only be one". That theme was imperative because the battles between immortals were to go on until there was only one standing. And that last immortal standing would claim "The Prize", which includes vast knowledge and the ability to enslave the human race. Well, there are four point guards that are being talked about in college basketball that can claim the prize, which is the title of best freshman point guard in America. But like the highlander, there can only be one that can claim the title. The question is which one is the best one of them all?

One freshman that seems to have caught the eye of everyone is Washington's Markelle Fultz. The talented point guard from the University of Washington has all the pro scouts drooling because of all the skills that he possesses. Standing at 6'4", the electric point guard from Maryland has taken his act to the West Coast with excellent individual results. Fultz can get from end to end with great results, finishing over and around players with style. Unfortunately for Fultz, his individual success has not translated to leading his team to wins, as the Huskies are currently 9-13 on the year and will more than likely not make the NCAA Tournament. Fultz is the guy that some are tabbing as the first point guard taken in the NBA draft. But one thing that has to be looked at is what he does on the defensive end of the court. The freshman point guard is athletic and smart on the court, but on the defensive end he seems lost at times. He makes some great plays in terms of hustle plays blocking shots or getting deflections, but his on-the-ball defense needs some work. Once that rounds into shape, then you can say that he will really not have very many holes. But as it stands, he will be giving up as many points as he scores when he gets to the NBA. And that could be an issue.

After Fultz, the next guy that scouts are talking about is UCLA's Lonzo Ball. He is one of the taller point guards in college basketball, standing 6'6". But even though he is the size of a shooting guard, his game has the feel of a point guard. The basketball IQ Ball plays with is uncanny. He gets the basketball to the guys at the right time and in the right situations with relative ease as he glides up the court of weaves through the lane. And because of his leadership amongst other things, the UCLA Bruins are going to be a factor this season. Ball will be leaving after his freshman year more than likely with Fultz. But unlike his talented counterpart, Ball lacks a couple things that can hurt him at the next level. Ball is a great facilitator and leader with his unwavering emotions. But one thing he cannot do is wow people with his athleticism. At the college level, he can slide by with that. The professional level is a whole new beast when it comes to the point guard position. Athleticism is paramount in today's NBA and Ball without it would definitely hurt him. Along with the questionable athleticism, there has been some questions about the shooting ability of Ball. The shot he shoots seems to come from a low trajectory and that means that he isn't getting his shot off at all at the NBA level. He cannot do anything about the athleticism, but he can work on getting himself ready for the NBA in regards to his shot.

Not to be forgotten about is Kentucky point guard De'Aaron Fox. The Wildcats have cooled off a little recently but Fox has remained hot for them. The biggest thing that Fox does for the Wildcats is attack the opposing defense. His speed on the court is undeniable, reminding some of Kentucky point guard John Wall as he flies up the court. Often he can be seen pushing he tempo even on a made shot. The results most of those times ends up in a layup. Defensively, Fox plays solid positional defense and flies around the court. He has a very solid overall game. But with all the great things that he does, there are a few that he needs to tighten up. His speed is great with the basketball, but sometimes he takes it into trouble and still offers up a shot. At times that does work for him, but in the NBA that isn't always going to work. Practicing some patience at times would be good for him. Another thing that could hinder him is his lack of range shooting the basketball. Just like Wall at Kentucky, Fox has limited range and his jump shot is below average at this point in time. All the athleticism that you would want from your starting point guard these days is there. Just he needs to work on rounding out his game.

Last but certainly not least is North Carolina State's Dennis Smith Jr. He could have gone anywhere he wanted out of high school, but he decided to take his game to Tobacco Road for the Wolfpack. That decision has proven to be one that North Carolina State is ever so thankful that he decided to make. Without him, the Wolfpack would be worse than they currently are. But with him, they at least have a chance. Smith can wow you with his athleticism that he displays on the court. You would never know that Smith tore his ACL his senior year of high school with the kinds of things he has done attacking the rim this season. But not only is he solid attacking the rim, but getting his teammates involved. Smith is averaging a shade under seven assists per game. But notice that I am only talking about him at the offensive end of the court. While he does have high turnover numbers for a point guard, he also does not defend as well as he could. It just seems at times that he does not use his abilities on that end of the court and that hurts the Wolfpack more than anything. He has all the ability to do better there, but it is all upon him whether he wants to get better there or not.

In Highlander, when one immortal killed another, they called that "The Quickening". Plenty who watched the movies and the television show remember the explosion of energy as the power of the dead immortal who was decapitated was transferred to the immortal that killed him. These guys aren't going to kill each other obviously, but in the end, there can only be one of them that stands alone as the best. So which one is it to you? 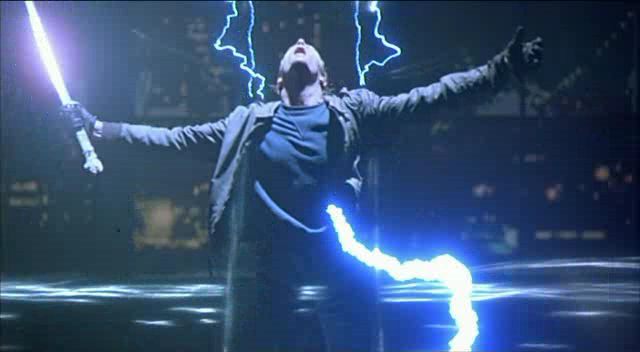