The Unpredictable..In The NCAA Tournament

Jamie Foxx has been acting for a very long time. Many remember him really becoming known when he was on In Living Color playing multiple characters. From there, he grew into one of the best-known actors around. But what many did not get into was his musical talent. He started dabbling in the music when he had his fist album called Peep This back in 1994. He had a song that many knew of on that album called "Infatuation". But after that, it seemed like he took a minute away from music and focused on the acting up until 2005 when he dropped the Unpredictable album. That album would be substantially more successful than his first album and had some hits that everyone liked. One of those hits was the title track off the album. "Unpredictable" would rise as high as number eight on the Billboard Hot 100 list in 2006. The song was speaking of an interaction between he and a young woman and doing things that were unexpected or spontaneous. Much like the spontaneous things that can happen in a relationship, there are plenty of unpredictable things that can happen in the NCAA Tournament. Teams expected to do well can fall early and teams that are expected to not do much can end up toppling the whole bracket. So let's take a second and check out what could and could not happen as we get introduced to this year's version of March Madness.

Kentucky could be going home early 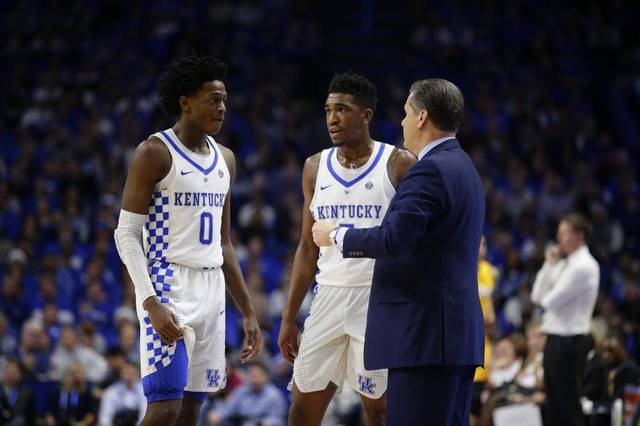 The Kentucky Wildcats started out this year like a house of fire. Malik Monk and De'Aaron Fox were dynamite as a backcourt pairing, as the Wildcats were dominating the scene and Calipari had this playing well. But as the season went on, teams adjusted to them and their warts began to show. Although they have played good enough to win the SEC regular and postseason titles, the Cats as strong a team as you would expect them to be. With Wichita State potentially waiting for them after their first round matchup, we could be looking at an early exit for the Wildcats, potentially as early as the first weekend. The lack of frontcourt depth and the up-and-down nature of Malik Monk could hurt them there.

Jayson Tatum will become a star in the NCAA Tournament 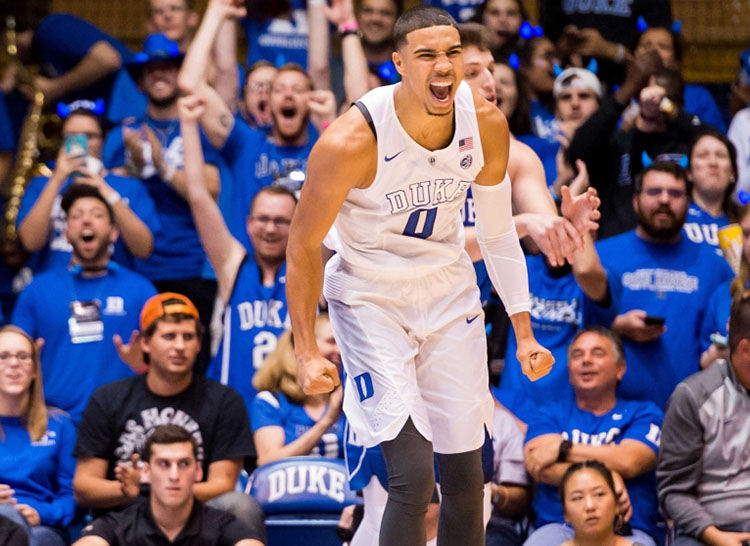 Duke draws the ire of many fans of college basketball. From Dick Vitale seemingly loving them everytime he covers their games to Grayson Allen with the excuse-me tripping this year and last, many would love nothing more than to see them fail. But in this tournament, they are set up for success and that success will only come if one of their talented freshmen steps up. That guy that will step up is Jayson Tatum. The silky-smooth forward reminds many of Carmelo Anthony with his ability to stroke the jump shot and put up buckets in a hurry. In the tournament, the Dukies hopes fall on Tatum's shoulders. If he plays like he has been playing, he will increase his draft stock while making Duke a viable contender for this year's title.

Count on Kansas...to let you down 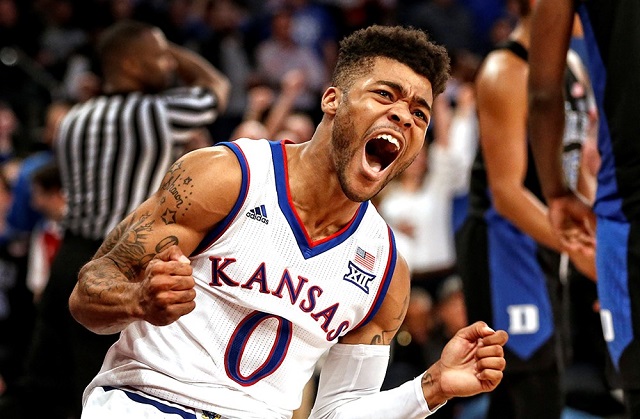 The Kansas Jayhawks are always a strong regular season team. Coach Bill Self has talented teams year in and year out and this year was no exception. They finished the season 28-4 and plenty believe they have what it takes to win the whole thing. But with Kansas, they always have an issue living up to expectations. They had this issue with Roy Williams and they have inherited that same issue with Bill Self. Their backcourt leader, Frank Mason III, has been excellent for them and has a good chance to be the National Player of The Year. Josh Jackson, their electric freshman, can do any and everything on the court. With the players that surround them, they have enough to make a run. But expect them to fall like they usually do unexpectedly to a team no one is looking at to challenge them.

Leonard Hamilton and the Seminoles make some magic 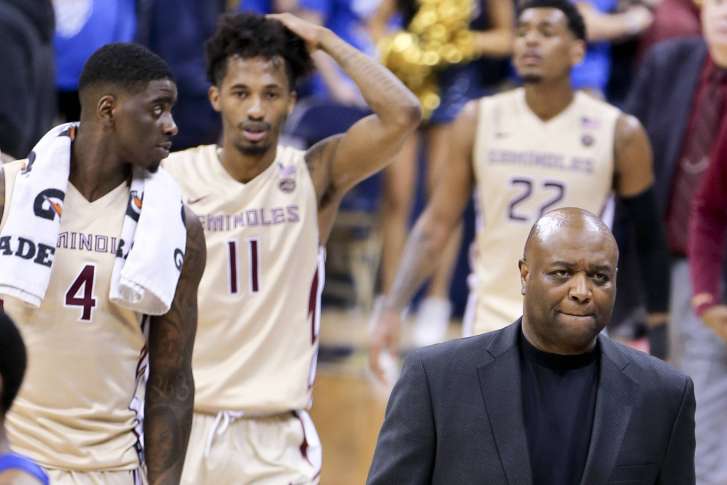 The Florida State Seminoles have had some good things happen for them this year. Sophomore Dwayne Bacon came back this season and was excellent for them. Big man Jonathan Isaac was special for them on the perimeter and inside. Put those two with all the other talent that Florida State had this year in basketball and you got a team that can score and make some teams feel uneasy. Looking at their draw, they could easily make it to the Elite Eight this season. Only time will tell, but I believe this year is the time they at least make the Sweet 16 and taken their chances from there. 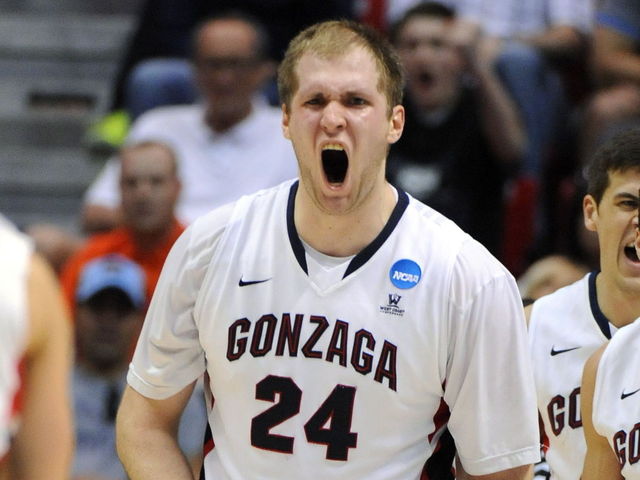 Gonzaga has dominated their competition all season long. Even though they have been dominant all season long, there are many that don't believe in what they can do. To the credit of those "experts", Gonzaga has had some issues turning regular season success into postseason prosperity. But this season, they just might find a way to make it happen. Senior big man Przemek Karnowski has been a big force on the floor and transfers Jonathan Williams (Missouri) and Nigel Williams-Goss (Washington) have been huge for Gonzaga and that more than likely will continue in the Tournament, as Gonzaga makes their way to at least the Sweet 16 this year and potentially beyond.

There will always be a high seed strike in the Tournament 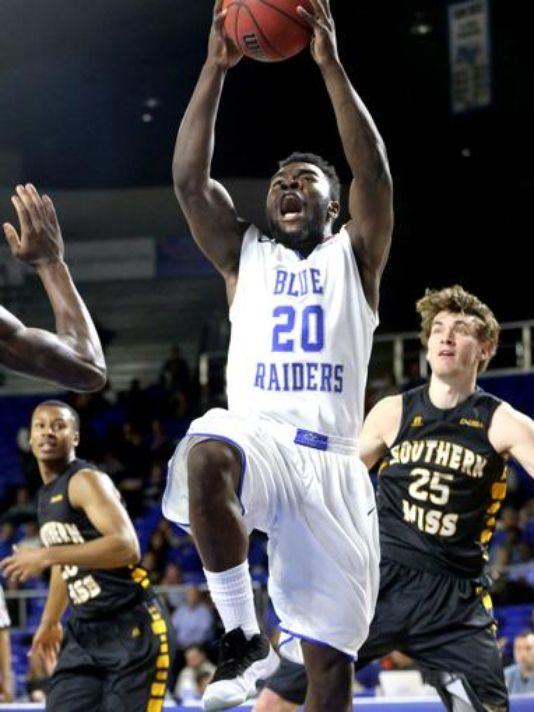 Each and every season, there is always that team that no one expects to do much and ends up doing something. Two candidates for that team this year are University of Southern California and Middle Tennessee State University. The Trojans have versatile bigs and solid guard play that could cause many teams fits and get them all the way to the Sweet 16 potentially. The Blue Raiders have Giddy Potts and crew back again from their unexpected run last season. Both teams have the components to get it done and I would not be surprised if one of them made the Sweet 16 at all.

The unpredictable action will definitely kick up a notch today. This year and every year, there is no telling how well 18-22 year old kids will play from game to game. Hopefully this here gives you a sense of what could or could not happen. Happy March Madness Day! 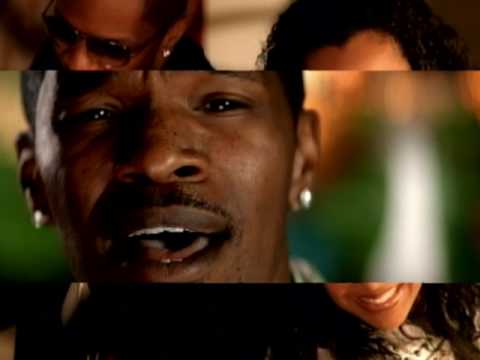