Assessing the Field Versus North Carolina

The Final Four is finally set. We have the Oklahoma Sooners, the Villanova Wildcats, the Syracuse Orange and the North Carolina Tar Heels. All four teams have a shot to win it all but North Carolina is the prohibited favorite. Before the season, the Tar Heels were talked about as the national champions. Brice Johnson stepped up and became the driving force behind this team inside and the play of Joel Berry II helped lead this team to the heights they were able to reach this season. But the journey is not over for them. They still have two more wins to go. And for them, these three teams are an obstacle to get to their ultimate goal. All are primed and ready to step up and knock the Tar Heels off, but will they have what it takes? Let’s take a look at the three competitors standing in North Carolina’s way and see how each could beat North Carolina. 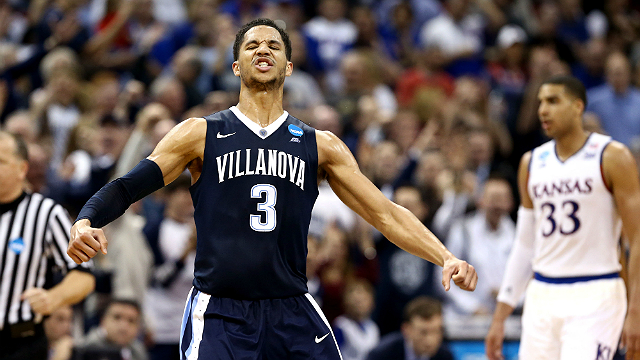 How They Can Win: The Villanova Wildcats are a jump-shooting team that loves to spread the basketball around. And above all, they are a smaller team. If they are able to take advantage of their mismatches, then that takes away one big man for a guard/forward and it makes things a little easier inside. Kris Jenkins and Josh Hart will be key figures in creating that mismatch that can hurt North Carolina. As far on the defensive end, the Wildcats will need their big men to play big. North Carolina has been destroying teams with offensive rebounds, creating more offensive opportunities. Villanova has to get gritty and box them out. Daniel Ochefu will be key for Villanova defensively. If they are able to keep North Carolina to one possession at a time, then the game will be tight enough down the stretch that a couple plays could make a difference for them should they meet.

How They Can Win: The Sooners live and die by the jump shot. Led by star guard Buddy Hield, the Sooners have been hot as of late. If the Sooners are hitting their jump shots, they can definitely spread out the Tar Heels defensively. And if senior Ryan Spangler is hitting the three’s, he will bring a Tar Heel big man out from inside the paint, opening up driving lanes for guys like Hield and guards Isaiah Cousins and Jordan Woodard. That kind of offense could cause Carolina fits. Defensively, Oklahoma is smaller than North Carolina, but it does not mean that they are not a good defensive team. Spangler and fellow big man Khadeem Latin will be huge on this end, defending North Carolina’s big men. These two will go a long way towards determining if they can win the game or not. They must limit them on second chance points and make every shot as difficult as possible. 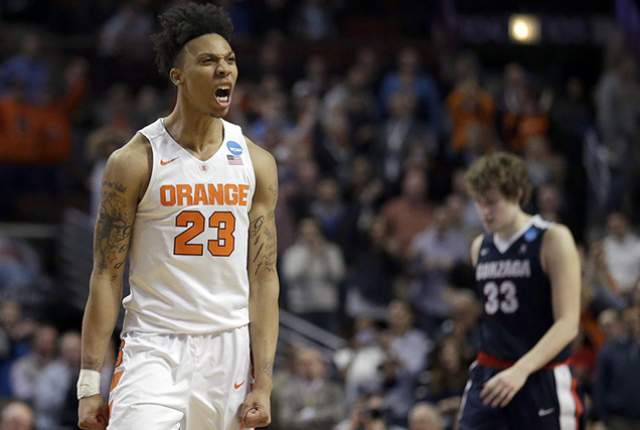 How They Can Win: The Orange have been playing out of their minds the last few weeks. And to beat North Carolina, they will need to continue to play the way they have been playing. Offensively, Gnibije has to continue to play solid basketball. But along with Gnibije, Malachi Richardson and Trevor Cooney have to continue to play solid basketball. If Richardson can continue to play like the star he will become and Cooney can continue to shoot the basketball like he can, that will put a ton of stress on the North Carolina defense. Defensively, North Carolina’s Achilles’ heel has always been shooting. With Syracuse playing that suffocating 2-3 zone, it could force them to shoot more three-pointers than they are used to. If Marcus Paige, Justin Jackson and Joel Berry II are hitting their three’s, then North Carolina may be able to survive playing that way for a while. But if they stay on the perimeter too much, then they will end up shooting themselves out of the game and playing into Syracuse’s hands.

All four teams have a legitimate shot to win the National Title. But of course the favorite is North Carolina. More than likely, all three teams will try to slow down the game should they face the Tar Heels. But they all will have a difficult task in finding a way to slow down their post players, especially Brice Johnson. Ironically for North Carolina, it won’t be Johnson or Marcus Paige that will be the difference in this game. Two sophomores will tell the story of this game. One difference-maker in the Final Four will be sophomore forward Justin Jackson. The talented wing player will be counted on to defend the best perimeter player for each team. And that starts on Saturday with him being matched up with Syracuse’s Malachi Richardson. Theo Pinson will be another guy that will be counted on for different reasons. All three teams left in the Final Four outside of North Carolina are small compared to them. So naturally, Pinson will get some work when North Carolina goes small at times. His quickness and his physical play at 6’6” can cause some fits for opponents. And with him on the court, a different dynamic is created where North Carolina has four guys that ignite the fast break.

The scene is set and the teams are ready. Saturday night starts what could potentially be another march to the title for North Carolina. And it will be interesting to see if any of these three teams have what it takes to knock them off. May the best team win.