Never Gonna Get That Win

EnVogue was a popular quartet in the 1990's. Terry Ellis, Cindy Herron, Dawn Robinson and Maxine Jones were brought together to form the group back in 1989 and later produced the album Born To Sing in 1990. From there, the career of EnVogue was launched. The album would rise as high as number 21 on the US Billboard 200 charts and launch a career for the quartet. They would go on to release a follow up album called Funky Divas that would further cement EnVogue's place in music history at that time. One song that was on that album was "You're Never Gonna Get It". The song, released in 1992, would become an instant hit, peaking at number two on the Billboard Hot 100 that year. The song spoke about a man pursuing a woman and the woman letting him know that it was not going to happen. Similar to the premise of the song, 16 seeds in men's college basketball have been pursuing a win over number one seeds for a long time. Over the years, there have been some close calls and blowouts, but never any of those outcomes going the way of the 16 seed teams. As time has gone on, there have been some that have uttered the words "eventually a 16 seed will beat a number one seed". Well, to those, that think that, it isn't going to happen.

Everyone loves an underdog and there are many that can pull off upsets, but some don't recognize how big the gap is between the number one seeds and the 16 seeds. The lower-ranked 16 see usually is older than the number one seed and that means they have played together for a while in most instances. But with that veteran experience and togetherness, that still does not mean they can match up with the number one seed. One big reason 16 seeds continue to falter are the lack of playmakers. Those 16 seeds usually have guys that fill that role for them at the level they come from into March Madness. Unfortunately for them, they don't usually have those multiple playmakers that can cause problems for top seeds. The gameplan for top seeds is to eventually tire the lower seed out and that tends to happen over time because of how hard the 16 seed has to work to manufacture points. The top seed, more times than not, has multiple playmakers that can make things happen for the team. As a result, the top seed can attack the lower-ranked 16 seed in multiple different ways, causing tons of breakdowns and stress on your defense. Eventually the defense folds and that causes the games to get out of hand.

The lack of playmakers is a huge thing that 16 seeds cannot overcome. Along with the lack of playmakers, the lack of players in general is a huge blow as well. Let's take for example the team at Duke. They are loaded with players that were Top 50 players and All-Americans. The Blue Devils even have a player that rarely plays that was a high school All-American in Marques Bolden. Duke is a second seed, but my point is if you took him and put him on any of these 16 seeds, he would be starting immediately and would probably be averaging 15-20 points if not more as a freshman. If this situation was reversed and you tried to take a player that was the ninth or tenth player for a 16 seed and he tried to play for the number one seed, things would be a little bit different. That player would probably be a walk-on at best. This is why number one seeds are able to wear down 16 seeds when March Madness rolls around. They use their depth to wear on the 16 seed, which usually has six or maybe seven guys that can compete at that level. That depth wears on teams until they are left gasping for air.

Number 16 seeds will continue to try to make it happen in men's college basketball. But like has always happened over and over again, they will fall eventually to the better-seeded team. The depth and the playmakers top-seeded teams have will eventually overwhelm them. Unless they start seeding things differently, then the first game for the number one seed is essentially a warmup game for what is to come. The 16 seed shows up and makes an appearance, but eventually all that joy and excitement wears thin and the realization that they are in trouble settles in. If you are hoping to see a 16 seed advance anytime soon in men's college basketball, then you may be waiting for a while. Heck, you may be waiting on pigs to fly for that matter. 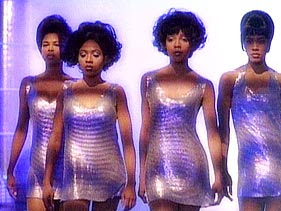