Jacksonville State Started From The Bottom

It started off with mixtapes and went into a full phenomenon. Toronto-born Aubrey Drake Graham, more known as Drake, took over the rap game at one point in time. All you would hear is him on the radio either rapping, singing or doing background tracks on a certain R&B singer's album (Alicia Keys). Over time, Drake has become either the guy people love or the guy people hate in the rap game. Those that love him find his songs catchy and talk about how talented he is. Those that despise him talk about the content of his music and the fact that he sing-raps more than anything. Either way, he is one of the most popular rappers out there. One his songs that was really popular when it came out was "Started From The Bottom". This song, which was the first single off the album Nothing Was The Same, would peak at number four on the Billboard US Rap Songs chart and number seven on the Billboard Hot R&B/Hip Hop songs chart. The Jacksonville State basketball may not be as well known as Drake, but they definitely started at the bottom. But now they have finally arrived, winning the men's Ohio Valley Conference(OVC) tournament unexpectedly this season. With that win, the Gamecocks will now be going to the NCAA Tournament.

Using Jacksonville State and the Ohio Valley Conference Champions in the same sentence was something no one thought would happen. In fact, if you told anyone you did that, they would think you were joking. The Gamecocks did not even qualify for the OVC tournament last year. Coming into this season, the voters did not feel things were going to change in there. Despite the success of the football team there for the Gamecocks, they were not going to get any love. "They picked us twelfth out of twelve teams this year in the preseason. We had no one on the All-Conference or Newcomers teams. This was about respect." said Jacksonville State head coach Ray Harper. That journey for respect started the day that Harper took over. After a 8-23 season in 2015-2016, the Gamecocks fired then-head coach James Green and brought in Harper to lead the team. From the beginning, Harper was on his players, not because he wanted to bother them, but because he felt they could be better than they were last season. To his credit, the Gamecocks were during the regular season. They averaged more assists, scored more points and were just a better overall team under Harper's leadership. As a result, the Gamecocks win total went from eight games to twenty games, allowing them to qualify for the OVC Tournament as the fourth seed in the conference. But when the Gamecocks got to the OVC T0urnament, they were not just happy to be there.

When head coach Ray Harper and the Gamecocks arrived, one message was loud and clear: "We did not come here to play one game," said coach Harper. "We came here on a mission." That mission was to win the conference championship. The Gamecocks started that journey with a win in their opening game against Southeast Missouri, where they beat the Redhawks handily. The next game though, was the one that was huge. Number one seed Belmont was picked to win the tournament, as they were 15-1 in the conference and had thoroughly dominated all the action in the conference. But with Jacksonville State and their mission at hand, they could not be denied. They held the Bruins to 36.7% shooting from the field while players like Greg Tucker and Malcolm Drumwright hit tough shot after tough shot against the Bruins while winning the game 65-59. But the Gamecocks would not stop there, they would take on the number two seed UT-Martin Skyhawks and dominate the action on their way to a 66-55 win against the Skyhawks. In all three games, the Gamecocks played tremendous defense, holding all three teams to under 60 points. Also in all three games, the Gamecocks played with poise under some pressure situations. The Gamecocks did the unexpected and went from one of the worst teams in the conference to the winner of the conference championship.

No one was even thinking about this team making it anywhere this year. To be honest, no one really even thought that much of their basketball program. But Ray Harper came in and took them literally from the bottom to where they are now, as champions of the Ohio Valley Conference and their representative in the NCAA Tournament. How's that for making some Headlines? 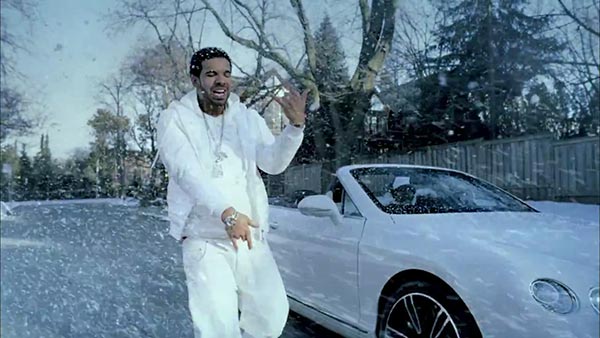