Where’s The Criticism For Bill Self?

Kansas was the overall ranked team in this year’s NCAA Tournament. Bill Self had a veteran team with some talented players. And although he was missing key bench player and sharpshooter Brandon Greene, the Jayhawks were still loaded coming in. Led by forward Perry Ellis and guard Wayne Selden Jr., they were picked by many to win the National Championship. Well, someone forgot to tell Villanova they were supposed to lose to Kansas. The Wildcats came out and played excellent basketball against the Jayhawks. And as a result of their great play, they were able to knock off Kansas 64-59 in the Elite Eight. The Jayhawks have been good every single year under head coach Bill Self. And almost every year you can mention Kansas as a team that could potentially win it all. But unfortunately, the Jayhawks seem to never be able to get the job done. They end up losing before many expect them to. So in wake of Kansas not always reaching expectations, where does that land Bill Self? There is no doubt that he is one of the best college coaches in college basketball, but shouldn’t there be some criticism of his postseason failures at Kansas?

Since Bill Self has been at Kansas, he has been the number one seed a few times. His teams have won the Big 12 regular season title 12 times in a row and been a favorite of many to win the title many times. But they always seem to fail except for the 2007-2008 season, where they actually won it all. Other than that, it seems like Bill Self does everything but win the title. If this seems familiar, then just look to Lexington, Kentucky and the criticism the coach there receives. John Calipari has had loaded team after loaded team each year. And even with most of his team being brand new year after year, he still has high expectations and the team is expected to win the title or compete for it. Plenty attack him for not living up to expectations, but if you compare his title numbers to Self, they are both in the same boat. Self and Calipari have won exactly one title. Both Self and Calipari have had their share of McDonald’s high school All-Americans. Calipari has had 21 players that played in that game play for him. And plenty basketball fans and writers have criticized him for the levels of success he has not reached with that much talent. But Self is not far off in the amount of All-Americans that he has brought to the University of Kansas. Self has had 17 McDonald’s high school All-Americans in his time at Kansas. And even though Calipari has gathered those talents in a shorter time than Self, that does not take away that Self has had great talent at Kansas and has not won the National Championship more than once.

Self is a solid coach, but it seems like people like to pick and choose who they like to vilify based on who the person is and not the list of achievements. Self is a likeable guy that plenty around the basketball world have a strong affinity for. Calipari, on the other hand, seems to be a guy that many don’t like for his blunt honesty about helping his talented players get ready for the next level while trying to get them on the same page towards winning a title. What Calipari does is amazing because he practically has a new team every year and still has success. It is a rarity when he has players that end up staying that came in as one-and-done players. Self, on the other hand, has had more continuity at his program. For example, this season he had Perry Ellis, Frank Mason III and Wayne Selden Jr, three upperclassmen that are very talented and were starters on his team. And yet his team failed again. So what does he not get any criticism? What does he do that allows him to escape the criticism that he has earned over his career at Kansas?

People will continue to give Self a pass. But the ugly truth is he has not made it happen as much as he should with all the talent that he has had. Now I am not stating that he is not a good coach. Self is a solid coach and has done some excellent things at Kansas. But what I am saying is that he seems to avoid criticism that coaches like Roy Williams at North Carolina and John Calipari have had over their careers. And it seems no one can give a valid reason why he has avoided that criticism at all. Self is a good coach, but no coach is above criticism. 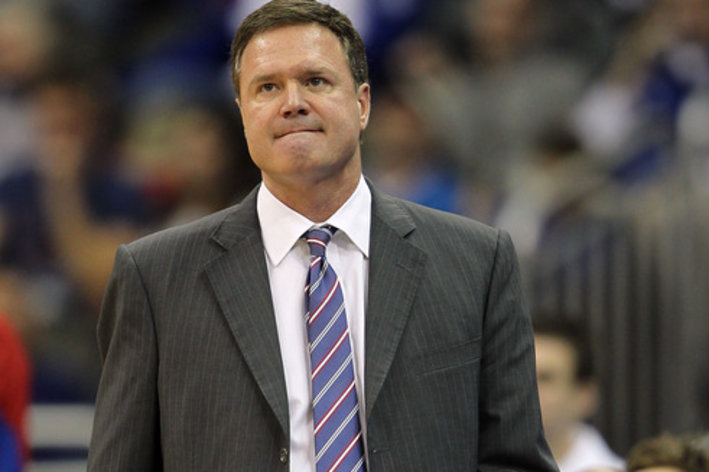