The Belmont women completed an undefeated Ohio Valley Conference season Saturday night with an 87-71 win at home versus the Tennessee State Lady Tigers on Belmont's Homecoming and Senior Night.

In the start of the second, the Lady Bruins fed Sally McCabe the basketball, as she came out and scored four quick points. But the Lady Tigers were not going to go away quietly, as they went on a 10-7 spurt led by Tia Wooten and Samantha Palma, pulling within four, 32-28, with 4:31 left in the second quarter going into a media timeout.

Out of the timeout, the Lady Bruins would turn up the pressure defensively, extended their defense to halfcourt with a matchup zone. The results of that pressure was a Lady Tigers offense that was taken out of rhythm. And on the offensive end Belmont, Kylee Smith got going, scoring six points as Belmont went on a was a 13-2 run to close out the half and take a 45-30 lead. Belmont was led by Sally McCabe with 11 points at the half. The Lady Tigers were led by Tia Wooten with 10 points at the half.

After an early timeout from TSU, the Lady Tigers came out and scored ten straight points, pulling to within 15 points of the Lady Bruins, led by Maxine Beard and I'Mani Davis. But Belmont would close the quarter out with the last basket from Frankie Jourdan, as she swished a midrange jumper with time expiring. The Bruins led 62-45 going into the fourth quarter.

In the fourth, the Lady Tigers continued to fight hard and closed to within 15 points again after I'Mani Davis hit a three-pointer. Kylee Smith of Belmont then answered Tennessee State's run, scoring five straight points to push the lead back to 19. But the Lady Tigers just kept fighting. Behind the play of Tianna Parker, Samantha Palma and Maxine Sheard, the Tigers pulled to within 13 with 3:37 left. But from there, the Bruins would fend the Lady Tigers off. Kylee Smith would score five more points in the fourth to close out the game. A layup from Jenny Roy would all but seal it, as the Lady Bruins completed the undefeated season in the OVC.

Darby Maggard led the Lady Bruins with 20 points followed by Kylee Smith with 18 points. The Lady Tigers were led by I'Mani Davis with 19 points and Samantha Palma with 11 points.

Next up for the Lady Bruins is the Ohio Valley Conference Tournament. 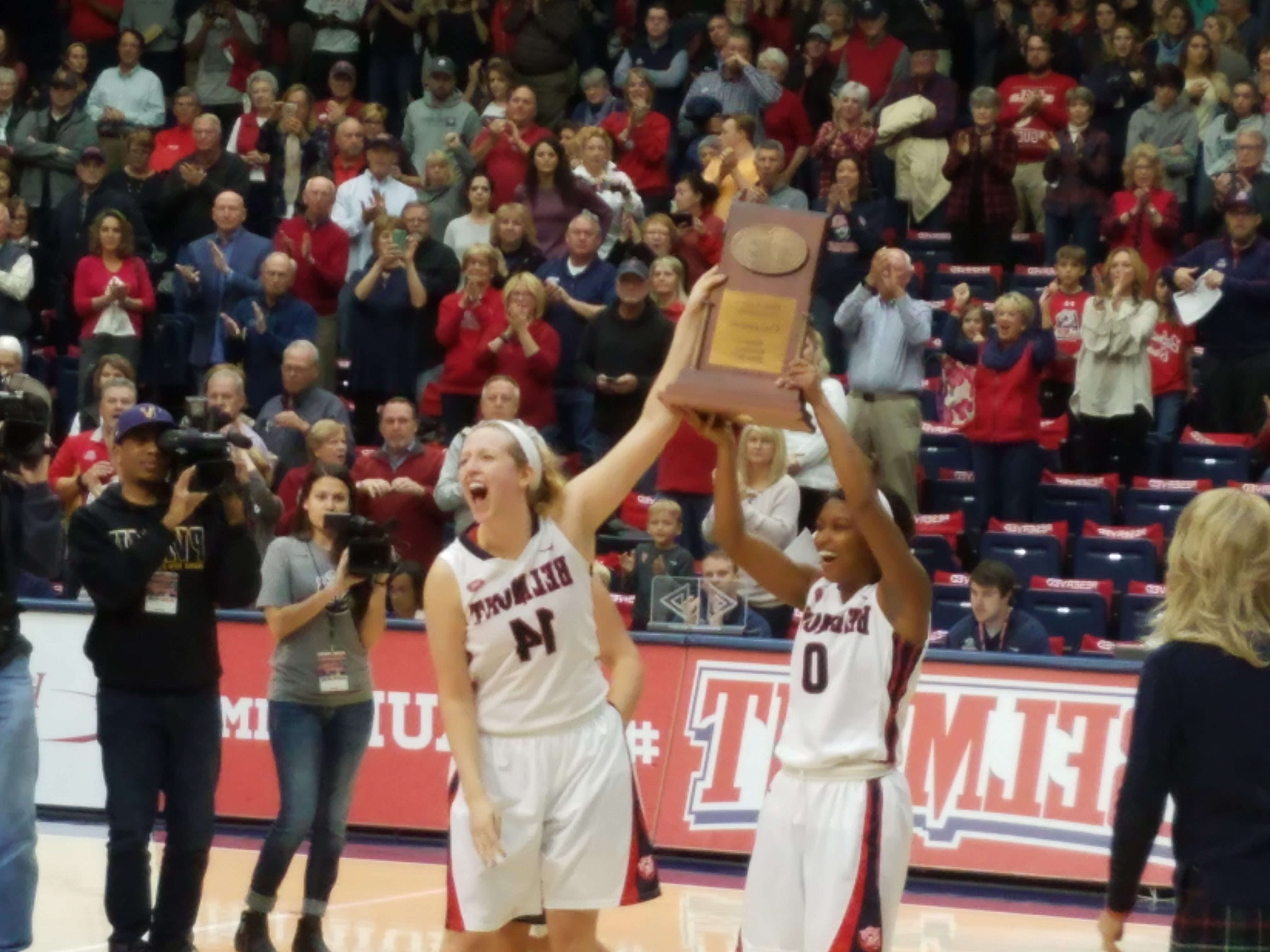