The Chicago White Sox came out strong to start this season. And out of nowhere, they had themselves mentioned in the playoff race. But what a difference a couple of months can make. The White Sox are now third in the division and have a losing record along with fleeting hope to make the playoffs. But during the ups and downs of the season, there have been two players that have been the light in the darkness. Todd Frazier was one guy that has brought pop to the lineup, accumulating 29 homeruns so far during this year. But the main attraction for the Chicago White Sox has been Chris Sale. The talented pitcher has accumulated 14 wins against three loses and has many teams that are interested in him right now as the trade deadline nears. But what happened recently has to have some teams wondering what kind of player they would be acquiring via trade.

The White Sox were scheduled to wear throwback uniforms on Saturday night against the Detroit Tigers. Apparently, the throwback uniforms that Chicago was going to wear was not something that Sale agreed with. He said they were uncomfortable and that they could alter his mechanics. He made a suggestion about them being changed but it did not happen. So then he began to cut up the jerseys. And at that point, the White Sox had enough. They scratched Sale from his start and sent him home. At that point, many did not know the details as to why he was sent home and suspected that he was going to be traded. But that was far from the case. And after his speech and explanation, it seems like he is trying to justify his tearing up of the jersey. He wrapped it up saying that he felt the jerseys were put above winning and he felt he had to alter his mechanics in them and that did not help him give the team his best. While the jerseys may have been put above what he wanted, cutting up jerseys isn't the best way to go about expressing your dissatisfaction in what is going on.

Sale may want to realize that he is an employee of the organization and that he does not run anything there. He may be the best player they have, but that does not mean that he can go through and tear up uniforms like that. Whether he likes it or not, he is getting paid by the White Sox and their job is to make money so they can pay him. Those jerseys represented merchandise sales for the team. And when Sale cut up those jerseys, he essentially took away their profit. And all that because he did not feel comfortable in a jersey? He wasn't cutting them up to support a cause of anything. He did this because he did not want to wear something. This sounds more like a child that is spoiled and acting out more than a professional baseball player. Sale's action were inexcusable and he should have gotten that suspension he got. And he reportedly was fined as well for the incident. But to take it a step further, I would actually have the team wear the same uniforms he tore up in the locker room. And not only would they wear them, they would have them during the day that he's pitching. It would be interesting to see the reaction he would have had and what he would have done when seeing that jersey hanging in his locker again.

Sale is a talented pitcher. And with his talent, there are plenty of teams that could use him for a playoff or World Series run. But with this latest stunt, that has to give some teams pause. He could be a good addition, but he could also be viewed as a little bit of a primadonna who would go to the furthest length to prove his point. That type of personality is one that could be good or bad for a locker room trying to win. But for Sale personally, it is time to get over that mess and play baseball. And if you go to another team, wear their throwback uniforms with pride. 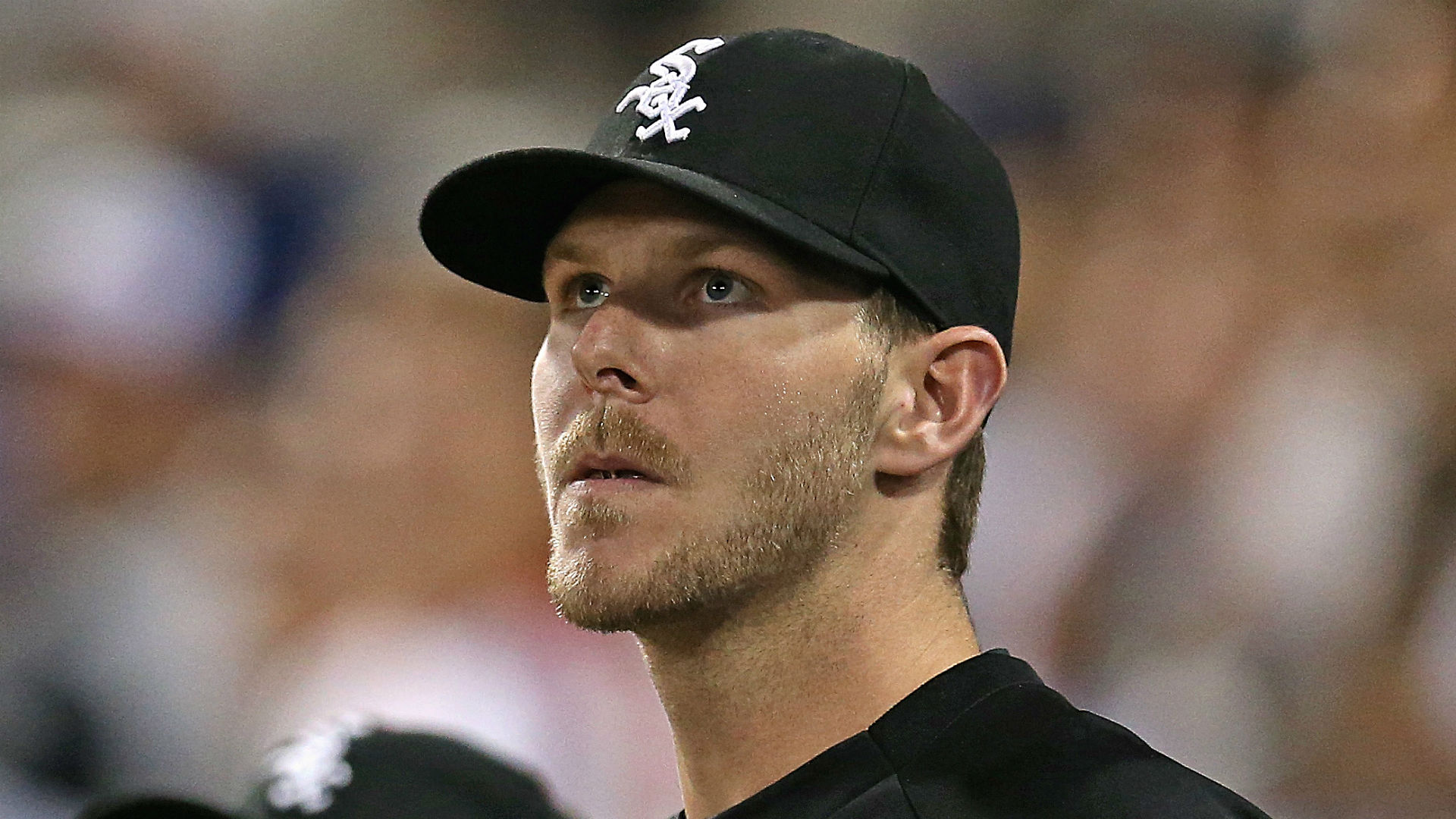